Trump had criticized the jet’s current color scheme, which has changed little since the Kennedy Administration, particularly the light blue stripe that runs the length of the plane. Trump instead wanted a red, white and dark blue palette that more closely matches the colors of the US flag.
But it turns out the darker blue — which some observers say is similar to the color scheme on one of Trump’s personal jets — poses challenges to the military planes’ sophisticated electronics system that ensures the president can stay in secure communication with officials on the ground — even in the case of a nuclear attack.

“The paint scheme in question was one of many possible livery colors proposed,” an Air Force spokesperson told CNN Thursday. “Further analysis concluded darker colors, among other factors, on the underside of the VC-25B aircraft might contribute to temperatures exceeding the current qualification limits of a small number of components.”

Painting is typically among the final stages of completion before a plane is delivered, so it’s unlikely the new jets will need to be repainted. The Air Force did not disclose when there will be a decision on the colors to be used, or what options are under consideration.

The Air Force also didn’t say how the problem was discovered. The General Accountability Office said in a report issued Wednesday that the planes undergo a comprehensive series of tests as part of the multi-year process of upgrading two standard 747s for use by the president and other national security officials. 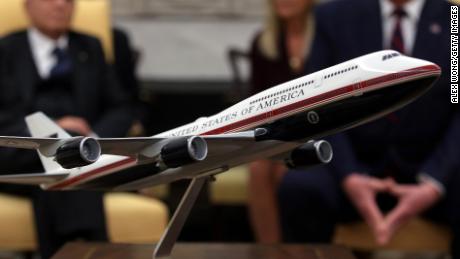 The new Air Force Ones — which are designated VC-25B unless the president is on board — are already long overdue and over budget, causing Boeing (BA) to take a $660 million charge in its most recent quarterly financial report. That’s on top of a $318 million charge the company took in 2021 attributed to the two 747s being modified in Texas.

Boeing had previously disclosed it was having trouble finding enough workers with sufficient security clearance to work on the high-tech military planes, especially when Covid cases caused staffing shortages. 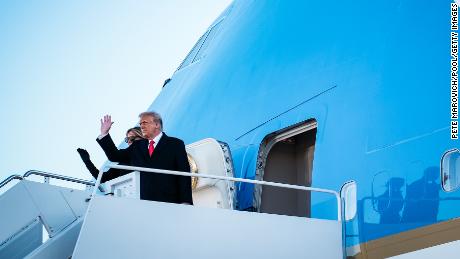 The airline builder also had a dispute with a subcontractor that was working on the interior of the new jets. That contractor was replaced, further setting back progress. On a call with analysts in April, Boeing CEO David Calhoun said the $3.9 billion contract that Boeing signed to build the planes was a mistake for the company, given the losses it is now incurring. He said the 2018 deal with the Air Force included “a very unique set of risks that Boeing probably shouldn’t have taken.”

The added delays could push back deliveries of the new jets to 2026, according to Boeing and Wednesday’s GAO report. That’s beyond the planned retirement date of the two 1990 Boeing-built jets now in use as Air Force One, which had been set to be replaced by 2025.
— CNN’s Barbara Starr contributed to this report
Source: Read Full Article

‘Market volatility may continue in 2022’

As News ‘Crises’ Cascade, The Movies Will Never Catch Up