London (CNN Business)The United Kingdom made history last year when it became the first major economy to commit to pumping no more greenhouse gases into the atmosphere than it removes by 2050.

Dozens of countries have since followed its lead to achieve “net zero” emissions, and with three decades to go before the deadline, Britain’s progress provides a promising blueprint.
Its carbon emissions were 44% below 1990 levels in 2018, with renewable energy now accounting for 33% of its energy mix and coal contributing just over 5%. That is thanks in large part to its success with offshore wind and focus on nuclear energy. 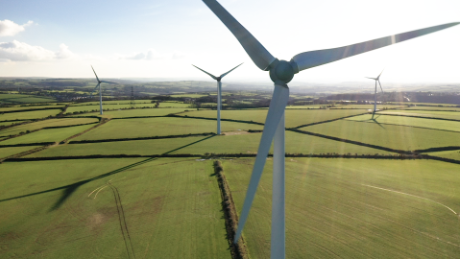 But the Committee on Climate Change, an independent advisory body, warns the country must do more to meet its carbon reduction targets for 2023 to 2027. And climate activists say the government should aim for “net zero” much sooner than 2050.

By far the biggest threat to the United Kingdom’s 2050 ambition comes from the way it heats its homes, schools and hospitals.
More than 80% of homes are connected to the gas grid, according to Ian Radley, head of gas operations at National Grid.
While natural gas emits less carbon than coal, Britain’s heavy dependence on the fossil fuel is deemed unsustainable. Heat is responsible for around half of all UK CO2 emissions, according to HyDeploy, a consortium that is currently piloting hydrogen as an alternative to gas.
In other words, the UK government’s £1.5 billion ($2 billion) investment into reducing emissions from road transport won’t be enough to meet its 2050 target if it doesn’t also tackle heating.
“The heating story is the one that usually just gets neglected. It’s in the box called ‘too difficult,'” Dieter Helm, professor of energy policy at Oxford University, told CNN Business. “How are you going to heat your house and do your cooking without natural gas? The answer to that question is at considerable expense.”
A 2018 report commissioned by the National Infrastructure Commission, a government agency, found that decarbonizing Britain’s heating infrastructure could cost as much as £450 billion ($586 billion).
The total cost of decarbonization could exceed £1 trillion ($1.3 trillion), according to the Committee on Climate Change.
Among the proposed solutions to the domestic heating challenge: stop connecting new homes to the gas grid, while encouraging existing homeowners to move to energy efficient alternatives such as hydrogen boilers.
Repurposing existing infrastructure will be critical. HyDeploy is conducting experiments at the University of Keele to establish how much hydrogen can be blended into the national grid as a replacement to gas, without people needing to buy new heating or cooking appliances. Hydrogen offers many of the benefits of natural gas, without the carbon emissions.

For Helm, even if the United Kingdom achieves its target in terms of power production, consumption is what ultimately matters.
“If we reduce carbon emissions in Britain but simply close down our large industries and import the stuff from China instead, then global warming will be worse off,” Helm said. “The thing about carbon is it doesn’t matter where it’s emitted,” he added, arguing that a carbon border tax is the only way to encourage all countries to decarbonize and ensure that “the polluter pays wherever the polluter is.” 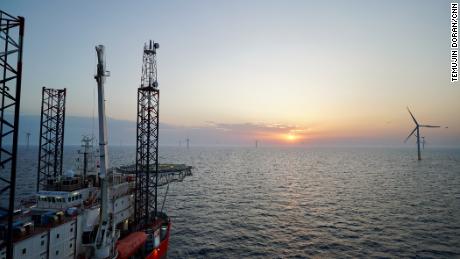 Carbon pricing mechanisms were discussed at December’s UN climate summit in Madrid, but no agreement was reached on how to create a global carbon market where, for example, countries could trade greenhouse gas emission credits.
The United Kingdom will host this year’s summit in Glasgow in November, and the progress made by major economies will be scrutinized, particularly following the disappointing outcome in Madrid.
The United Kingdom must have “made credible plans” to meet its 2050 target by then, according to Chris Stark, CEO of the Committee on Climate Change.

“The next 12 months are likely to be the most important yet in defining the UK’s climate credentials,” Stark wrote in a recent blog post.
— John Defterios contributed reporting.
Source: Read Full Article

Most Iconic Musical Duos of All Time

Latest Posts
European shares fall to one-month lows, battered by the surge in COVID-19, while volatility nears four-month high
BoE’s Vlieghe Sees Need For More Stimulus As Pandemic Poses Downside Risks
Issues important to Trump await Barrett on Supreme Court
Google Chrome warning over 'high severity' bug that lets hackers attack your PC – update your browser NOW
Premier Inn owner hit by £725m loss as local lockdowns dent bookings
Recent Posts
This website uses cookies to improve your user experience and to provide you with advertisements that are relevant to your interests. By continuing to browse the site you are agreeing to our use of cookies.Ok