The company said this was ‘important’ to reinforce the ‘complete disassociation’ from its erstwhile promoters — Malvinder and Shivinder Singh. 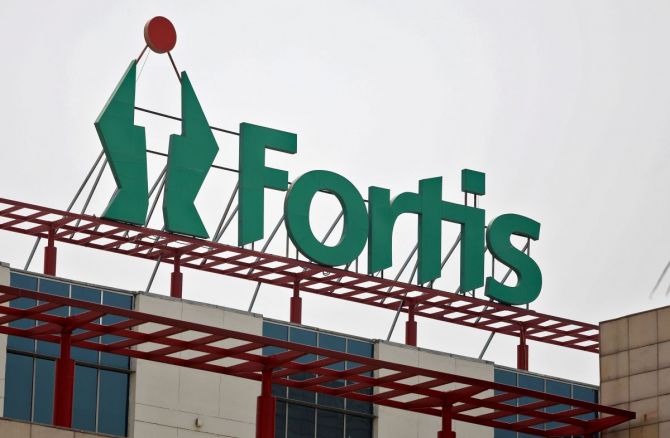 The current brand licence agreements will expire in April-May 2021. The company clarified that the change of name would be subject to requisite approvals and directions from the Supreme Court and other regulatory authorities. FHL aims to complete this process before next April.

The stock went up 2.4 per cent on the BSE after the announcement came in.

The company said it was ‘important’ to reinforce the ‘complete disassociation’ from its erstwhile promoters — Malvinder and Shivinder Singh.

Fortis Healthcare Chairman Ravi Rajagopal said: “This is the culmination of the extensive overhaul and strengthening of the governance processes initiated by the reconstituted board in 2018, and is a reinforcement of our efforts to completely dissociate ourselves from the erstwhile promoters of the company.”

Fortis’s board on Friday gave an in-principle nod for the name change and subsequent rebranding of the company and its subsidiaries. It will discontinue the use of ‘Fortis’, ‘La Femme’, and ‘SRL’ brands as part of its corporate name, brand, and logo.

Research conducted by the firm showed a “positive response” for the Parkway brand as compared to a neutral brand or any other brand of IHH Healthcare Berhad. The Malaysian major owns 31 per cent of Fortis Healthcare through Northern TK Venture Pte.

As part of its commercial strategy, the company plans to obtain a licence to use Parkway as its corporate name, brand and logo and that of its subsidiaries (excluding SRL and its arms and joint ventures) in relation to the hospital business. Separately, SRL would seek to develop a new neutral brand name and logo, unrelated to the IHH Group and the Fortis brand, for use in the diagnostics business, it said.

The Supreme Court has ordered a stay on IHH making an open offer to buy additional 26 per cent from Fortis shareholders. The former promoters are entangled in a legal battle with Daiichi Sankyo for a Rs 3,500-crore arbitration award owed by the brothers to the Japanese drug major.

Fortis pays a licence fee to use the brand and logo. In 2018, parties related to the promoter group had filed a civil suit claiming implied ownership of the brands Fortis, SRL, and La Femme. Fortis had then indicated it was taking action to secure the brand.

While Raghuvanshi did not wish to comment on who has the brand ownership of Fortis, SRL as the matter is disputed, he clarified the last time FHL had made a payment towards licence agreement was in 2018. “We do not transact with the former promoter and no payments happen with them and us,” he said.