Looking ahead, management expects full-year revenue of $1.04 billion to $1.06 billion, which is higher than the $1.02 billion consensus, while gross merchandise sales are projected to be between $6.2 billion and $6.4 billion. The company also introduced a new Offsite Ads strategy whereby it will pay the upfront costs to promote sellers' listing on multiple internet platforms.

Analysts had favorable reactions to the fourth quarter financial results and guidance. Several analysts increased their price target on the stock, while Oppenheimer upgraded the stock to Outperform with a $64 price target. Oppenheimer analyst Jason Helstein cited Etsy's new outcome-based seller leadgen strategy as a key factor in boosting revenue. 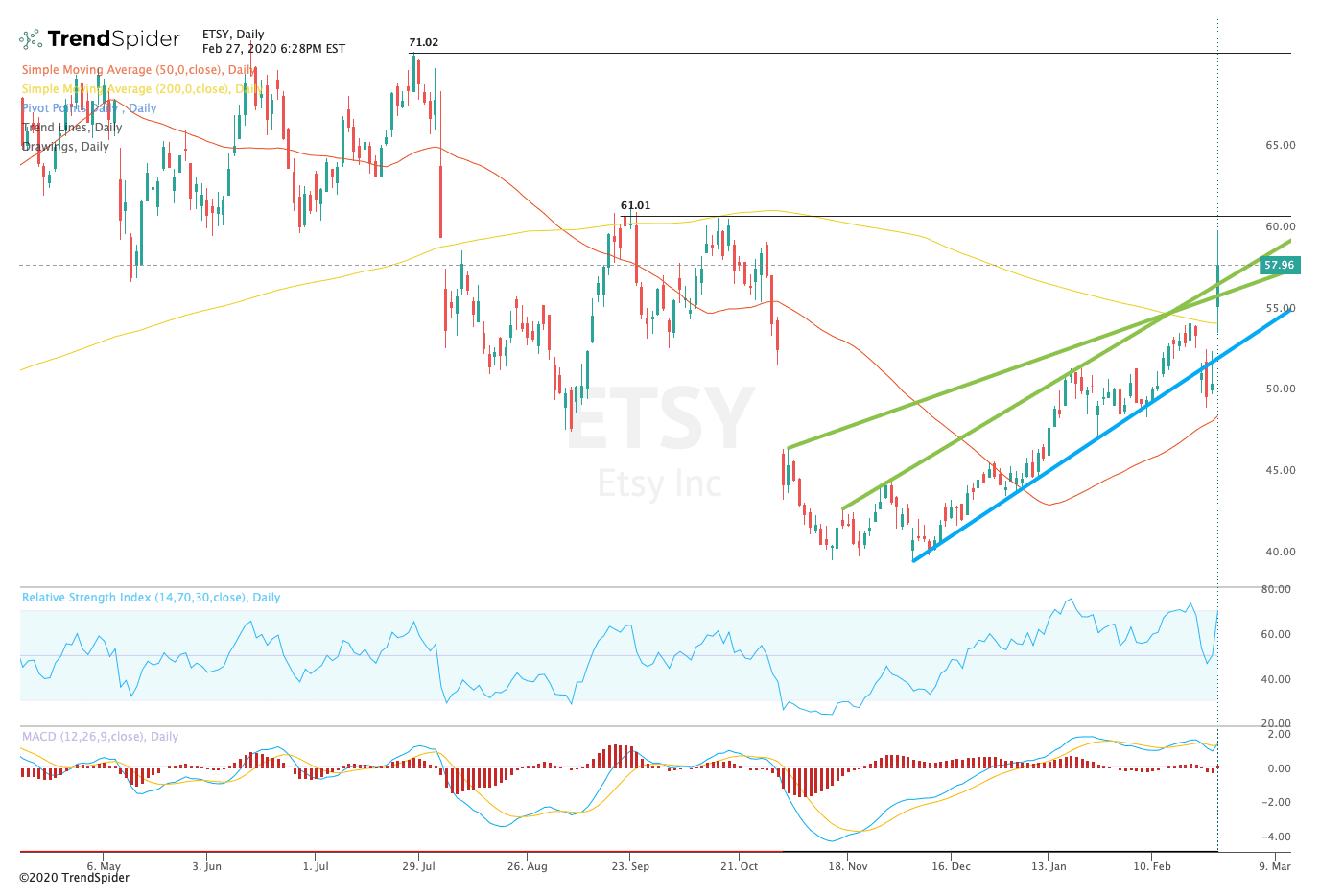 From a technical standpoint, the stock broke out from the 200-day moving average and trendline resistance to its highest levels since November. The relative strength index (RSI) moved toward overbought levels with a reading of 70.28, while the moving average convergence divergence (MACD) experienced a modest bullish crossover. These indicators suggest that the stock could see some consolidation before moving higher.

Traders should watch for some consolidation above trendline and 200-day moving average support levels before the stock potentially resumes its uptrend toward the next major area of resistance standing at $61. If the stock breaks out, traders could see a move toward prior highs near $71. If the stock breaks down, it could retest reaction highs and trendline support at $52.

51 Counties With The Highest Unemployment