Democrats are on course to approve $1.9 trillion in emergency pandemic spending within the next month. It would be yet another large infusion of federal aid only months after Congress passed a $900 billion aid package in December.

But Democrats show few signs of hitting the brakes anytime soon on federal spending. Instead, President Joe Biden is indicating he may press his foot on the gas and shrug off the growing federal debt.

“In order to grow the economy a year or two, three, and four down the line, we can’t spend too much,” Biden said on Tuesday during a CNN town hall. “Now is the time we should be spending.  Now is the time to go big.”

It’s a remarkable split for Democrats a decade after the Great Recession. Confronted with the worst economic downturn in generations, President Barack Obama enacted an $800 billion stimulus package in February 2009. Many economists and Democrats now say it was inadequate to address the fallout of the financial crisis.

Previous efforts in Congress on infrastructure legislation collapsed during President Donald Trump’s term. Now, Democrats are in the early stages of a sprawling effort that could encompass jobs, climate change, and energy. They appear emboldened by the Federal Reserve promising to keep borrowing costs low for the near future. Fed Chair Jerome Powell also recently called for a “society-wide commitment” to recover lost jobs.

“I think the number one priority for the White House and Congress will be to build the climate initiatives we’ve so much wanted into an infrastructure bill,” Beyer said in an interview. “The second big thing would be accessible, affordable broadband in rural America and lower-income, urban America.”

The mass blackouts in Texas caused by an Arctic winter storm may add momentum to Democrats urging a major plan to revamp the nation’s infrastructure. Some senior Democrats are starting to press for wide-ranging legislation that comes with tax increases on the wealthy and large businesses.

“The catastrophe in Texas has underscored the urgent need to address the climate crisis and rebuild our infrastructure,” Sen. Ron Wyden (D-Oregon), chair of the Senate Finance Committee, said in a statement to Insider. “In the recovery package, my priorities will be making these critical investments by ensuring the wealthy and mega-corporations pay their fair share.”

Wyden added he would introduce proposals next month to remake the energy tax code and boost clean-energy manufacturing. He also said it was an “an opportunity to undo years of neglect” of roads, highways, and bridges by putting people to work repairing them.

“The past week has hopefully reminded all of my Republican colleagues that there’s no escaping the effects of climate change and broken infrastructure,” Wyden said. 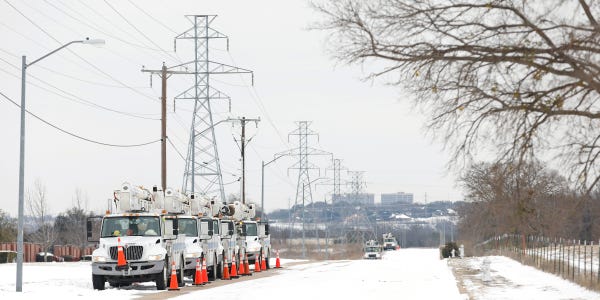 The follow-up economic proposal after the Democratic rescue package will differ in two significant ways. The first is instead of delivering immediate relief to families and struggling businesses, the plan will be directed at sparking long-term economic growth.

White House Press Secretary Jen Psaki said on Wednesday that Biden’s plan “will make historic investments in infrastructure — in the auto industry, in transit, in the power sector — creating millions of good union jobs, and in the process, also addressing the climate crisis head-on.”

The second is Democrats are expected to try and finance permanent parts of the initiative through new taxes instead of deficit spending to offset its addition to the national debt. Last year, Congress and President Trump approved $4 trillion in relief spending to put the economy on life-support and stem the rate of coronavirus infections.

Beyer, a member of the tax-writing House Ways and Means Committee, said he believed many Democratic members of the panel “would really prefer there be a pay-for.” The committee held a hearing early last year on funding infrastructure and one possible method under discussion at the time was raising the gas tax, a step not taken since 1993.

Biden administration officials say they are still hammering out the plan’s details. Treasury Secretary Janet Yellen said in a CNBC interview on Thursday that tax hikes on wealthy Americans and corporations would form part of the bill, though they would be gradually implemented.

It’s unclear how much of a package would be covered with new sources of revenue, though up to half is a possibility. During his presidential run, Biden signaled he was open to a 0.1% financial transactions tax on the selling and trading of stocks and bonds. The nonpartisan Congressional Budget Office estimates such a tax could raise $777 billion in revenue over ten years.

“We can’t have a repeat of their COVID bill” 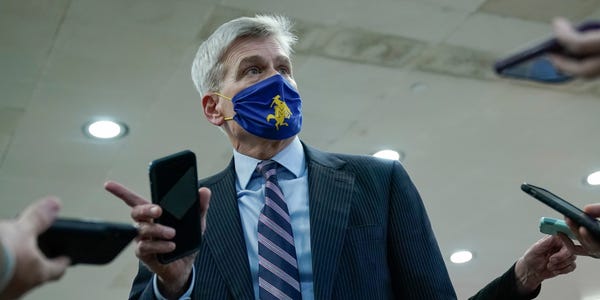 Democrats are grappling with difficult math over the next two years. They control the evenly-divided Senate because Vice President Kamala Harris casts the tie-breaking vote.

Should they use reconciliation to bypass Republicans, Democrats cannot afford any defections — a steep climb given wide differences in views on how aggressively the federal government should move to tackle the climate crisis, create shovel-ready jobs, and levy taxes.

Sen. Joe Manchin (D-W.Va) last month said he supported up to $4 trillion in infrastructure spending. A conservative Democrat, Manchin’s support will likely prove critical to the success of Democratic legislation.

There are Republicans who support upgrading American infrastructure, making a path to a bipartisan deal possible. But drawing 10 Senate Republican votes could lead to difficult trade-offs some Democrats view as unacceptable.

Sen. Bill Cassidy (R-LA), part of a Republican working group that pitched a $618 billion stimulus plan to Biden last month, said any infrastructure measure must be restrained in size and scope.

“We can’t have a repeat of their COVID bill,” Cassidy said in a statement to Insider. “To be successful, any action on infrastructure must be targeted spending and focused on real needs like expanding access to broadband in rural areas and fixing our crumbling bridges.”

Other Republicans said they were reluctant to support a infrastructure plan carrying a major price tag.

“The main thing is that I want to be careful,” Sen. James Inhofe of Oklahoma told Capitol Hill reporters after a White House meeting with Biden on the issue earlier this month. “When you’re working on infrastructure, that’s high dollars.”

The hesitation from Republicans clashes with Democrats eager to embark on robust federal spending — and wield the full power of their control of Congress and the White House.

“We’re only going to get a limited amount of bites at the reconciliation apple,” Beyer told Insider. “Now that we have Chuck Schumer running the Senate, Joe Biden as president, and a 2022 election that will be very contested, we better use our legislative power while we have it.”