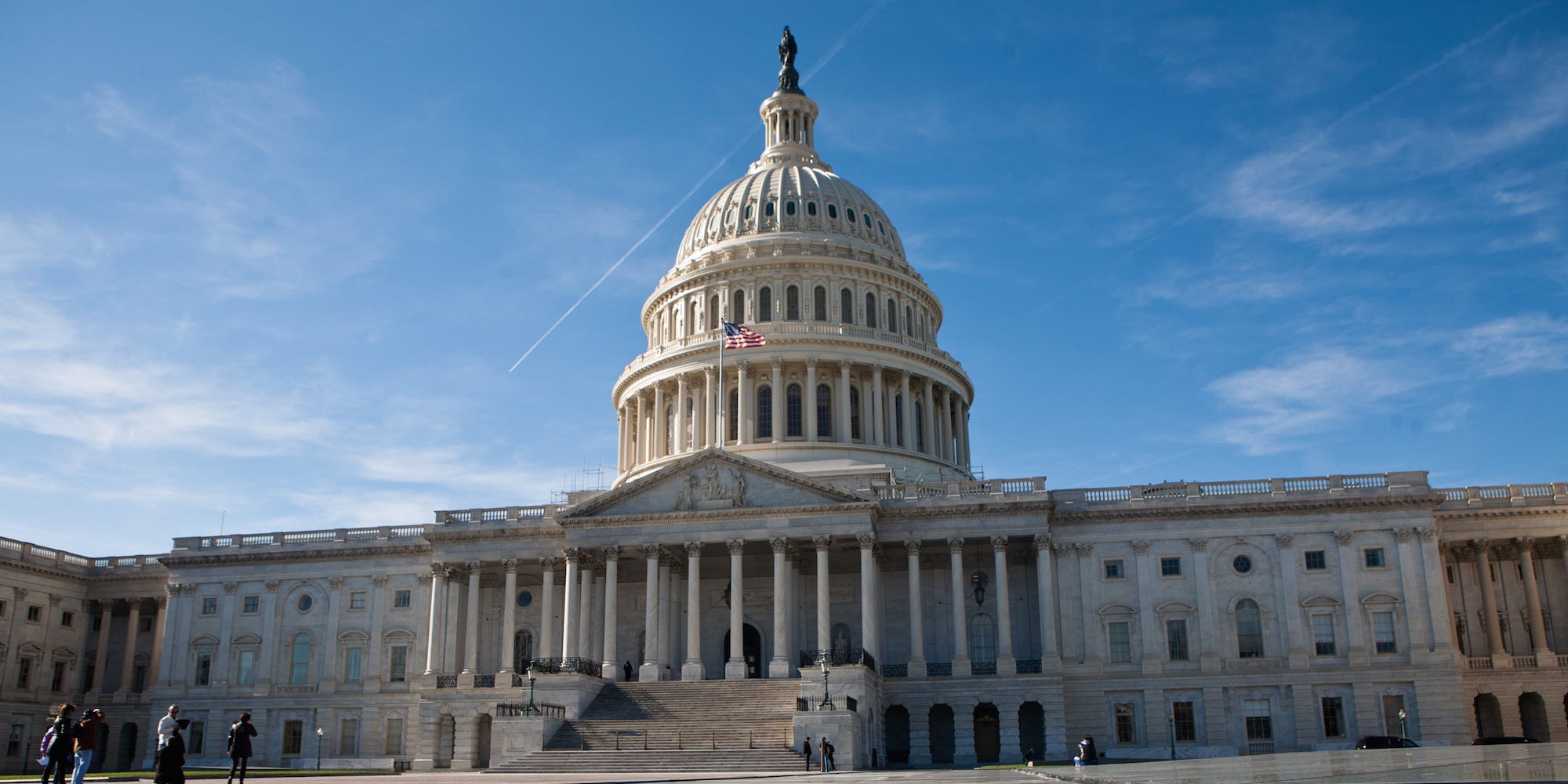 Investors, executives, and lawmakers have spent recent weeks clamoring for a new bill, warning that failure to pass fresh stimulus endangers the nation’s rebound. Federal Reserve Chairman Jerome Powell emphasized in early October that passing too much aid posed fewer risks than passing too little. President Donald Trump has repeatedly called for a bill even larger than the $2.2 trillion CARES Act.

Yet some gauges suggest the recovery is not only on track, but progressing healthily. Retail sales sit at record highs, the unemployment rate retraced half of its climb, and new orders are improving.

“Regular temper-tantrums on Wall Street have convinced everyone the stock market will crash without more action,” Paulsen said in a note to clients. Investors should stay the course and avoid missing out on outsized gains to come, he added.

Read more: ‘The road to financial implosion’: A notorious market bear says the Fed has set the stage for a 67% stock plunge – and warns of zero-to-negative returns over the next 12 years

For one, Main Street is recovering faster than precedent suggests it should. The unemployment rate sank to 7.9% last month, a level that took years to reach in past recessions.

The policy response to the current downturn is also far greater than in any modern recession, Paulsen highlighted. September 2012 enjoyed the same unemployment rate and saw money-supply growth of roughly 7.5%. January 1984 saw the same post-recession conditions.

Yet money growth sits at a historically high 25% today, despite showing the same unemployment rate as the aforementioned months and 75% fewer bankruptcies than in 2009. The stimulus response to COVID-19 and its economic fallout trounces past instances of “massive” accommodation, Paulsen said. 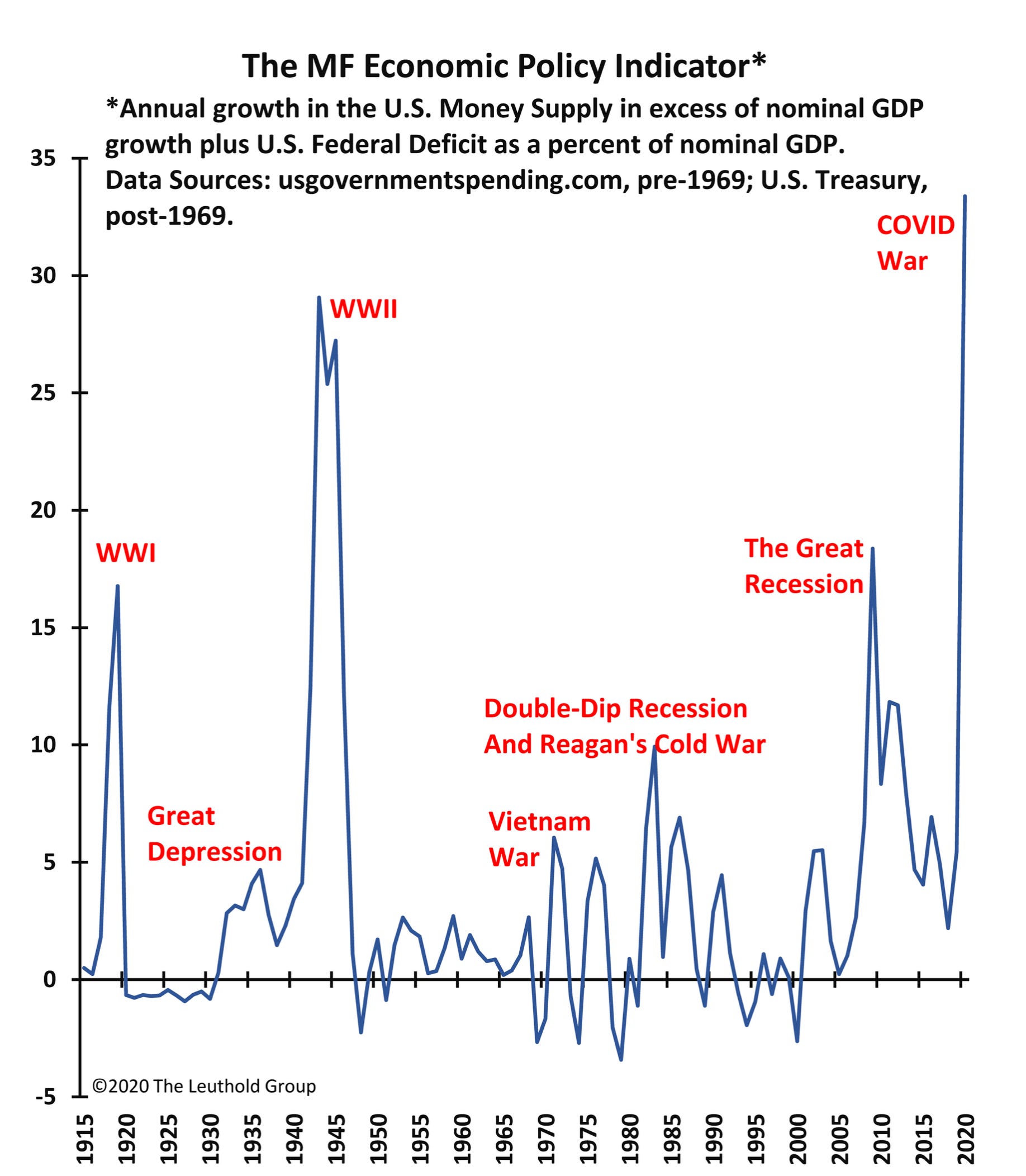 Read more: An investing shop overseeing $476 billion analyzed 650 stocks to fine-tune its election strategy. The firm’s experts break down the trades to make around a Biden win – and explains how investors can keep portfolios safe.

Yet post-war spikes in money growth show inconsistent economic results. Real gross-domestic-product growth was above average after two such spikes and below average in the other two. Inflation and corporate earnings showed similarly mixed trends across cycles. It may be best to avoid taking on fresh debt for an uncertain economic outcome, Paulsen said.

“Nobody knows the long-term impact of the Federal Reserve’s massive balance sheet nor the surge in Treasury debt. The US could fix its short-run problems only to face more serious long-term challenges,” he said.

The only consistency across all major recession cycles is a stronger-than-average stock rally. The S&P 500’s annualized 10-year return hit 9.8% for the four post-policy cycles, handily beating the average 6% return seen from 1915 to today. The trend holds up when inflation is taken into account, Paulsen added.

“Over-medicating” the damaged economy could pose a growing risk, either by influencing risk-taking behaviors or driving unwanted inflation, according to the strategist. Those calling for more stimulus should weigh the option against the extent of its positive impact, as well as the potential pitfalls, Paulsen said. Otherwise, investors should brace for some volatility and look forward to strong market gains, he added.