Finding enough shows to air, creating content that gets people to pay and watch and wooing advertisers back into the fold are going to be the biggest challenges the M&E industry faces. 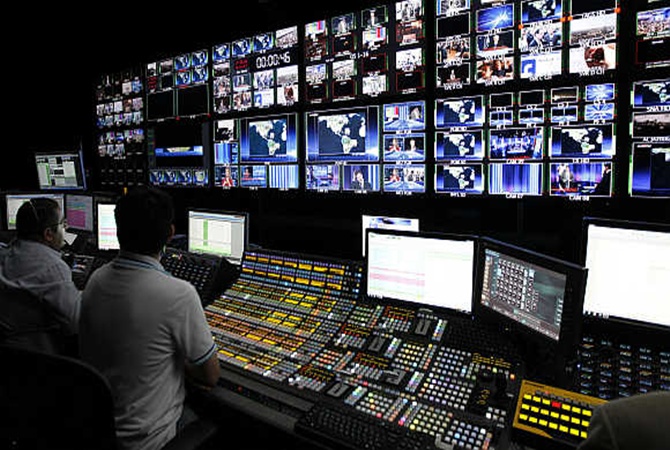 While the global pandemic has changed the nature of businesses all around, it has shaken up the already rocky world of media and entertainment (M&E) more than most.

Even as audiences have ballooned for stay-at-home entertainment, advertisements have run dry, as have opportunities for traditional media businesses.

This marks a life-changing moment for the industry, say market researchers.

The industry is at the cusp of a transformation, according to an EY report that came out in the early weeks of the Covid-19 onslaught, in February.

Traditional business models were under threat from a variety of factors – changing audiences, new media and technology – even before Covid-19.

The EY study says that 52 per cent of the participants among media and entertainment industry leaders from India said that they could no longer rely on traditional business models, 24 per cent of them thought that their companies will cease to exist without reinvention while 21 per cent said they did not know what actions to prioritise in the transformation of their business.

Indecisiveness and uncertainty before the Covid-19 onslaught is likely to multiply manifold now.

Also since the Indian M&E market is unlike that of the developed countries and is also different from China, there is little precedent to follow.

A study by Kantar shows the differences that mark Indian and Chinese consumers when it comes to use of digital media and ecommerce.

India has a 41 per cent digital penetration as compared to China’s 59 per cent and when it comes to commercial transactions online, India lags way behind with just 16 per cent being users of online payment systems as compared to 42 per cent in China.

Sandeep Goyal, founder Mogae Media, said that M&E is in for cataclysmic changes.

“Flattening or falling business curves are the first worry.”

In response, companies have cut costs, send employees on leave without pay or cut jobs but Goyal says that they should be worried about a lot more instead.

Companies must look for answers to four questions.

Have customer habits changed for all times and will electronic and digital delivery wipe out newspaper and movie theatres?

Has the consumer developed some propensity to pay for content?

Is advertising a dependable source of revenue, considering that brands cut budgets at the first hint of adversity?

Given that the entertainment business presumes an upbeat consumer sentiment, will M&E take longer to pull itself out of the pit of despair over the virus?

Many echo his worries about the ability of the entertainment business to power up their revenue streams on a purely digital or an ad-free path.

A TV, Smart phone consumption report during the crisis period, by Nielsen and BARC (Broadcast Audience Research Council), says that total TV consumption has boomed under lock down.

But guess which channel did the best? Reruns of old shows has made DD National the most watched channel across India.

Finding enough shows to air, creating content that gets people to pay and watch and wooing advertisers back into the fold are going to be the biggest challenges the M&E industry faces.

And for advertisers, developing a plan for changing media tastes will be the key focus, the reports indicate.

According to the Kantar study, because of an expected slowdown on consumer expenditure, potential problems on products’ supply and impact on GDP, a significant negative impact on media investment is expected.

Almost 52 per cent of consumers in six Asian countries are cutting down leisure outdoor activities and spending more time at home, which has an impact on media consumed.

This means more digital and TV focus rather than Out of Home advertisements, experiential events or transport for the advertisers, it says.

Eurozone crisis: Single currency is a ‘disaster’ which has left EU banks in a ‘doom loop’