London (CNN Business)A growing number of companies are warning that the coronavirus will prevent them from meeting sales or profit targets for the first three months of the year. Some are even getting specific, and putting a number on the financial damage.

Yet the situation remains highly uncertain, and many of the financial projections assume the coronavirus will be contained in China over the coming weeks and months, and that there won’t be a major outbreak in another country. If the Chinese economy doesn’t come roaring back as quickly as expected, investors could be caught off guard.
“Investors have largely taken the view that the impact will be temporary, hopefully short-lived, and that most of the weakness should be reversed with a strong rebound in the quarters that follow,” Peter Oppenheimer, chief global equity strategist at Goldman Sachs, wrote this week. 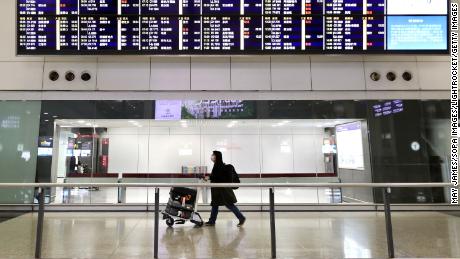 The International Air Transport Association, which represents major airlines, warned this week that coronavirus could cost global carriers nearly $30 billion in lost revenue. Global demand would drop by 4.7%, the first overall decline since the financial crisis.
The group’s financial estimate is based, however, on the disruption caused by SARS when it ripped through China in 2003. That virus caused real damage over a period of months, including for airlines, but the sharp decline in activity was “followed by an equally quick recovery,” according to IATA.

“We don’t yet know exactly how the [current] outbreak will develop and whether it will follow the same profile as SARS or not,” the group warned.
Maersk, the world’s largest container shipping company, said Thursday that it was having a “very weak” start to the year, with factories in China, which make the goods it transports, running at around 50% to 60% of capacity. CEO Søren Skou said he expects production to ramp up to 90% by the first week of March, but he cautioned that there are “still a lot of uncertainties.” 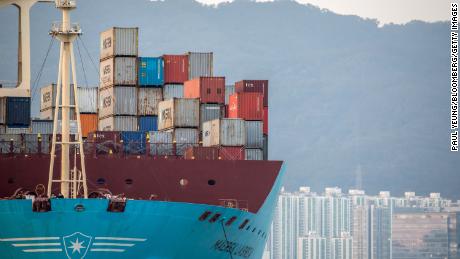 Disney (DIS) warned that income from its parks in China could drop by $280 million this quarter, assuming the resorts are closed for two months. “The precise magnitude of the financial impact is highly dependent on the duration of the closures and how quickly we can resume normal operations,” CFO Christine McCarthy said on an earnings call.
How quickly China recovers matters a great deal to global companies. The country is the world’s factory, churning out products such as the iPhone and driving demand for commodities like oil and copper. It also boasts hundreds of millions of wealthy consumers who spend big on luxury products, tourism and cars. China’s economy accounted for roughly 4% of world GDP in 2003; it now makes up 16% of global output.

The coronavirus has already caused significant damage.
China’s approach to containing the spread of the virus has kept cities under lockdown and factories shuttered, causing widespread disruption to businesses across the globe, which rely on China as a manufacturing powerhouse and a market for their goods.
Qantas Airways (QABSY) said this week that the virus could shave up to $100 million off profit from the second half of its fiscal year. Air France-KLM (AFLYY) estimated the virus could slash its earnings by as much as $216 million between February and April.
Jaguar Land Rover, which has resorted to flying parts out of China to keep production going in Europe, expects to take a hit from the collapse in demand for cars in the country, where passenger car sales plunged by 92% in the first two weeks of February, according to an industry association.
Other companies with significant ties to China have also issued financial warnings, including Apple (AAPL), Wynn Resorts (WYNN) and Qualcomm (QCOM).

Much depends on whether the coronavirus continues to spread.
Tedros Adhanom Ghebreyesus, the director general of the World Health Organization, told reporters Friday that there’s great concern about the potential for the coronavirus to spread beyond China. There’s still time to contain the virus, Ghebreyesus cautioned, “but the window of opportunity is narrowing.”
Coronavirus cases in South Korea, a major producer of the memory chips used in smartphones, have jumped from about 28 a week ago to more than 200. Singapore has reported 86 cases, while Iran said Friday that the virus has spread to several cities.
The International Monetary Fund’s managing director, Kristalina Georgieva, said in a blog post this week that the organization expects a severe drop in China’s first quarter economic growth, but “only a small reduction for the entire year” if the spread of the virus is quickly contained.
A longer lasting and more severe outbreak will result in a sharper slowdown, with “more substantial supply chain disruptions and a more persistent drop in investor confidence,” she warned.
If the coronavirus outbreak becomes a global pandemic, $1 trillion could be wiped off the world economy, with recessions in the United States and the eurozone, according to economists at Oxford Economics. A pandemic limited to Asia would knock some $400 billion off global GDP in 2020.
For now, demand around the world is “holding up quite well,” while measures to contain the virus in China appear to be working, giving companies reason to be optimistic, said John Stopford, head of multi-asset income at Investec Asset Management.
“The consensus view is that these kinds of shocks tend to have a short-term impact but then most of that is recovered,” he told CNN Business.
At the same time, prolonged shutdowns in China or an increase in cases outside the country could cause longer term disruption, Stopford said. “The longer it goes on, the incrementally worse the consequences become. If Chinese production is out for two quarters rather than one, the impact on businesses will be much more material.”
The response of the Chinese government is another unknown. It has already stepped in to cushion the blow to the domestic economy through fiscal stimulus and subsidies, and may step up measures to contain the fallout. 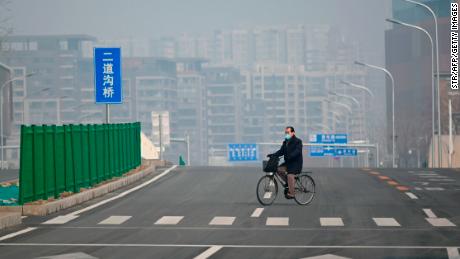 While stock markets are starting to price in the impact of measures to contain the virus, they are not accounting for the considerable uncertainty that still surrounds the outbreak, said Alastair George, investment strategist at Edison Investment Research.
“We believe that markets are underplaying the risk of a rise in coronavirus-related pneumonia in nations outside China, and the impact of resulting control measures,” he added. “There is the risk of a correction if measures to contain the virus spread outside China.”
That risk is exacerbated by the fact that equity market valuations in the United States and continental Europe are on the expensive side, George told CNN Business.

Goldman Sachs’s Oppenheimer also cautioned that stock prices may not be reflecting the potential impact of the coronavirus on earnings.
“Notably, a dash for government bonds, which remain at their yield lows for the year, and precious metals, suggest at least some investors are seeking protection from a decline in global growth expectations,” George said.
Source: Read Full Article