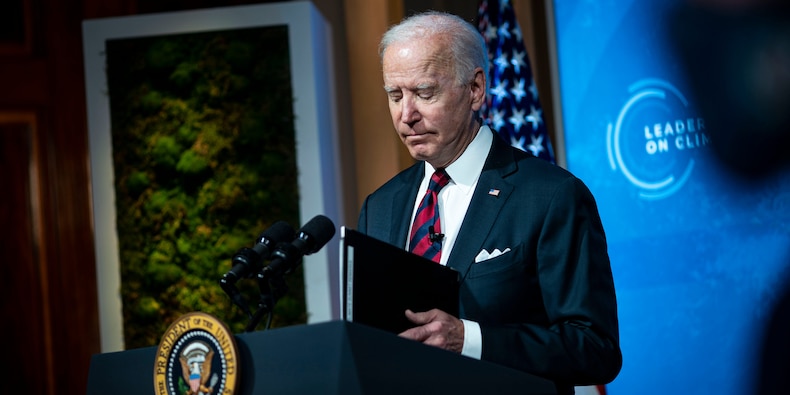 Congress is likely to settle on a much more modest increase in capital gains tax than President Joe Biden would like, according to analysts at Goldman Sachs, with the eventual figure likely to land at around 28%.

Biden is set to propose a sharp increase in capital gains tax to 39.6% from the current 20% level for those making more than $1 million a year, according to reports in the New York Times and Bloomberg. Capital gains tax is levied on profits from the sale of property or investments.

When combined with the 3.8% surtax on investment income, it would take the tax rate on the wealthiest investors to 43.4%. Bloomberg calculated that the capital gains tax hike would affect about 0.32% of the population.

But the eventual increase – which is in the power of Congress – is likely to be much lower, Goldman Sachs analysts led by chief economist Jan Hatzius said in a note Thursday.

"We expect Congress will pass a scaled back version of this tax increase," they wrote.

"While it is possible that Congress might pass the proposal in its entirety, we think a moderated version is more likely in light of the razor-thin majorities in the House and Senate."

The Senate is currently evenly divided while the Democrats currently have 218 seats in the House compared to Republicans' 212, making compromise more likely.

Goldman Sachs flagged moderate Democrat senators such as Joe Manchin and Kyrsten Sinema as important players in the negotiations over tax rises.

"A 28% rate looks most likely, in our view, as it is roughly halfway between the current rate and Biden's likely proposal," the analysts said.

"This is also the rate that President Reagan and a Democratic House settled on a few decades ago when raising the tax from 20%."

Biden is set to officially lay out the full proposals next week, reports said. The New York Times said the 'American Family Plan' will also seek to raise the top marginal income tax rate to 39.6% from 37% and expand child tax credits.

Stocks fell on Thursday when reports of the increase in capital gains tax emerged, with the US's benchmark S&P 500 finishing 0.92% lower.

Biden's plan would propose raising the top marginal income tax to 39.6% and bringing capital gains tax in line with that. The rationale is that it is unfair for rich investors to pay less in tax than many middle-class lower earners.

Yet Republicans are set to strongly oppose the plans, arguing that they would discourage investment.