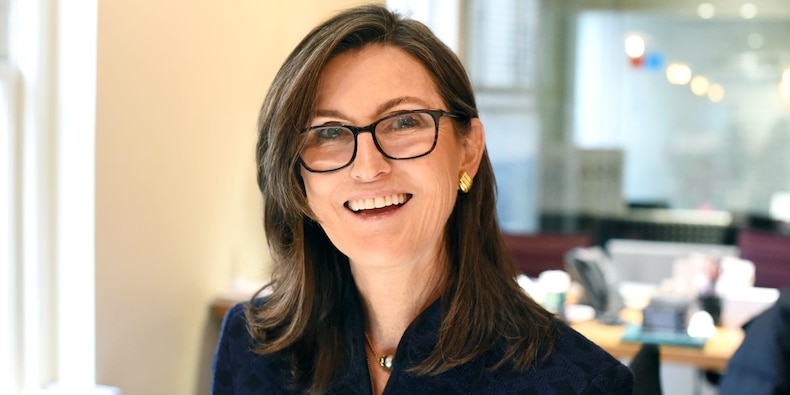 The flagship exchange-traded fund of Wood was buoyed by the rise in Tesla, its biggest holding, which soared as much as 17%. Invitae, another top holding, rose 15% at intraday highs, while Zoom and Palantir joined the upswing, both jumping more than 7%.

The rebound in the tech-heavy Nasdaq – which closed in correction territory on Monday – was propelled by stabilizing bond yields.

Wood has seen her fund decline in recent weeks. ARKK lost 5.8% on Monday alone, extending its decline from recent highs to 22%. Still, the Ark Investment Management founder and CEO said she remains confident in her strategies.

"Right now the market is broadening out and we think in an underlying sense the bull market is strengthening and that will play to our benefit over the longer term," Wood told CNBC."We are getting great opportunities."

Wood, often called a star stock picker, rose to prominence in 2020 after making hugely successful bets on fast-growing companies such as Tesla.