Capital One Financial Corporation (COF) shares soared more than 15% during Thursday's session after Oppenheimer upgraded the stock to Outperform with a $66 price target, which represents a roughly 9% premium over the current market price.

Analyst Dominick Gabriele believes that Capital One is well positioned to weather the storm and is likely to increase market share as the tide turns. The analyst believes that the company is uniquely positioned compared to its peers since its investment spend is largely over and because management has been very disciplined in managing and acquiring new accounts.

On a macro level, the analyst sees unemployment peaking at 9% during the third quarter of 2020 due to COVID-19 and negative annualized gross domestic product likely at 15% and 5% during the second and third quarters, respectively. Gabriele notes that falling rates and credit deterioration have already been baked into estimates, dropping stocks below the recession base case. 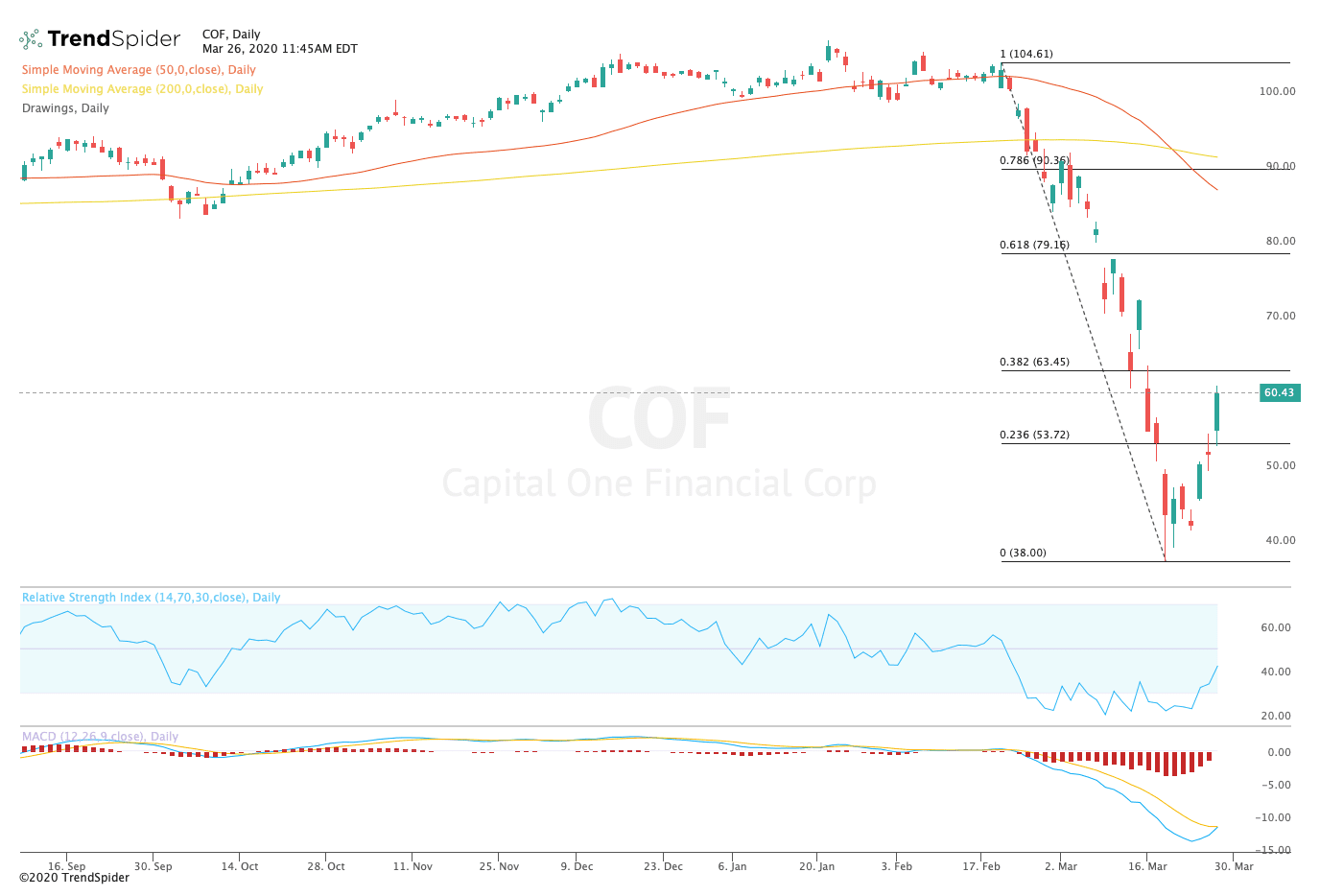 From a technical standpoint, the stock continued its rebound from lows reached earlier this month toward Fibonacci resistance levels of $63.45. The relative strength index (RSI) has risen toward neutral levels with a reading of 42.32, but the moving average convergence divergence (MACD) is on the verge of a bullish crossover. These indicators suggest that the stock has more room to run over the coming sessions.

Traders should watch for a breakout from Fibonacci resistance levels at $63.45 and a move toward the next levels at $79.16. Traders could see some consolidation between these levels over the coming weeks until the macro situation becomes clearer. If the stock breaks down below Fibonacci support at $53.72, traders could see a move to retest lows at $38.00.

Are The Bears Taking Over Chipotle After Earnings?