Tony Blair was prime minister of the United Kingdom from 1997 to 2007. The opinions expressed in this commentary are his own.

It is now widely recognized that in Africa, the Covid-19 pandemic is on a different trajectory than much of the rest of the world, including the West. While relatively low levels of testing obscure the full picture, death rates have been significantly lower; health systems, while sometimes strained, have not been overwhelmed; and the latest serological studies suggest that while infection rates in Africa have been high, a great deal of these infections have been asymptomatic.

Meanwhile, in the rest of the world, rising cases and the imminent threat of a second wave have caused countries across Europe and Asia to move toward new restrictions and partial lockdowns.

There are multiple hypotheses as to why and how Africa has escaped the worst-case predictions, ranging from the demographics of a young population to climate and potential resistance due to exposure to other Covid strains. Across a diverse continent, the true answer is likely to be a combination of factors, but we lack sufficient scientific evidence at this stage to reach final conclusions.
However, if Africa has escaped the worst of the pandemic in health terms, the same cannot be said of Covid-19’s economic impact, where the collateral damage has been huge.
Foreign direct investment has declined 40%, some 30 million jobs are expected to be lost and up to 49 million more Africans could be pushed into extreme poverty as they lose their livelihoods in the informal sector working as street vendors, taxi drivers and the like. Interruptions in health services and supplies due to Covid-19 are also expected to worsen broader health outcomes. HIV, tuberculosis and malaria deaths may rise by around half a million people.

As countries reopen, there is an urgent need to assess the scale of the collateral damage caused by lockdowns, both within Africa and globally, so leaders can make the best choices about how to rebuild their countries’ economies. 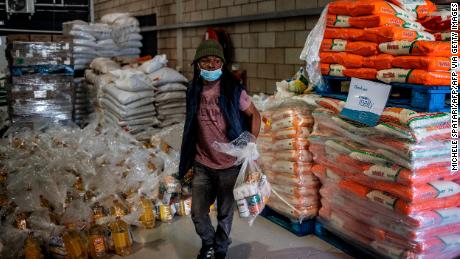 As they do that, African leaders must maintain their commitment to containing Covid-19 by continuing to test and isolate. Here, the West should show some humility and acknowledge that while the full set of drivers behind Africa’s lower mortality will not be known for a while yet, its systems, institutions and leaders have, in many cases, made a critical difference.
After their first confirmed case, the average Sub-Saharan African country imposed more stringent containment measures, and did so more quickly than the average European Union country and the United States. Most African countries have also adopted comprehensive contact tracing policies and some, such as Sierra Leone, have gone so far as to supervise the isolation of all contacts, regardless of whether they are symptomatic, for 14 days after exposure.
African governments have built and adjusted contact tracing and isolation policies that fit with their contexts and cultures, applying a key lesson from previous battles with Ebola and other diseases on the importance of ensuring community buy-in and acceptance of measures. While this hasn’t been done perfectly, many African governments have been far more successful at ensuring isolation of high-risk contacts than other governments, including the UK.
Unfortunately, despite lower case numbers and, in many cases, tighter control measures than other countries on European or UK safe fly lists, African countries have paid the price of disconnection from the rest of the world, with the majority of its population being unfairly treated as a single, risky entity.
EU countries and the UK have put in place 14-day quarantines and other medical travel restrictions for all arriving passengers from Africa except for Rwanda (which is on the EU safe travel list) and the Seychelles and Mauritius, which have safe travel corridors with the UK. (The US lacks a common national approach to quarantines and the situation is less clear cut there.) These measures risk exacerbating the economic damage their countries have already sustained.
African economies are highly dependent on global trade and travel — whether for the import of essential goods, the implementation of critical infrastructure and aid projects or for tourism and business travel. As a result, these measures risk exacerbating the economic damage their countries have already sustained.
Although African GDP is not expected to fall as much as that of other advanced economies’, its rapid population growth, large informal employment sector, governments’ inability to boost economic activity by increasing state spending and weak social welfare systems mean its population — especially the poor — will take a larger hit, undoing a decade’s developmental progress.
Reconnecting with the world and recovering economically will require verifiable proof of vaccination or negative tests. 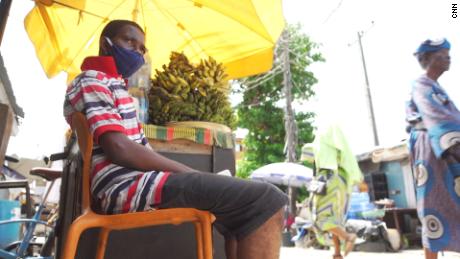 It will mean ensuring equity in vaccine development and distribution. The COVAX initiative led by the World Health Organization (WHO), the Global Vaccine Alliance (GAVI) and The Coalition for Epidemic Preparedness Innovations (CEPI) is working to ensure African countries can gain access to vaccines.
In addition, the current model of supplying Africa with vaccines produced elsewhere has to be reconsidered. African leaders must play a part in the development of new vaccines, have a stake in vaccine manufacturing and be allowed to deploy the right vaccine strategies for their population. The climate and geological characteristics of places like Africa and Asia mean they are most likely to be the source of new viral species. Investing in research and manufacturing of vaccines in these places therefore builds resilience for the entire world, not just those continents.

I have long argued that the West needs to reframe its relationship with Africa from one of aid and extractive trade, where the West largely dictates the terms, to one of partnership. This partnership should be based on developing African nations in areas like trade and investment that add value and create jobs locally and that enhance Africa’s security. This reframing can be one of the positive outcomes of the pandemic.
We should establish such a relationship now, in the struggle against Covid-19, drawing on the experience, resources and energy of African countries as valued partners, not mere beneficiaries, ensuring the continent is not left behind as the world reopens. By doing so, we would not only bring the pandemic to a swifter and more complete conclusion, we would lay the foundations of a safer, more prosperous world.
Source: Read Full Article

Rush to Disinfect Offices Has Some Environmental Health Experts Worried

‘Gangster Capitalism’: NRA To Be Focus Of Season 2 Of Documentary Podcast Series From C13Originals