Near-term prospects hinge on the progress of the second wave of Covid-19. A lockdown will dent prospects as 60 per cent of revenues come from the dine-in segment. 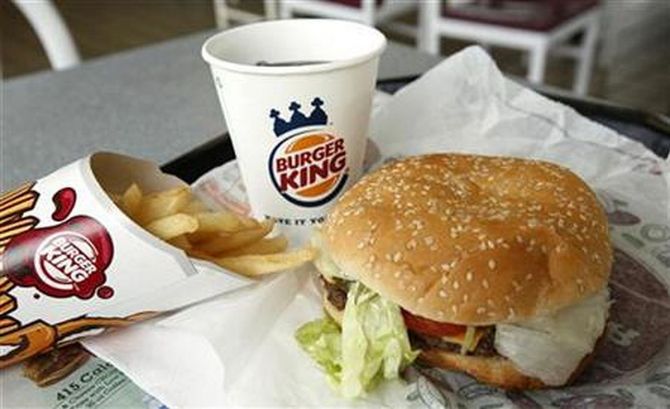 Burger King India, the exclusive national franchisee of global fast food giant Burger King, has had a bumper listing with gains of 108 per cent.

The strong investor demand was largely due to robust growth prospects of the organised fast food market and the company’s performance in recent years (before the pandemic).

The strong returns performance of the listed peers rubbed off on the IPO.

Jubilant FoodWorks, the Indian franchise for Domino’s Pizza, has generated compound annual returns of 44 per cent since its listing in February 2010.

Despite the 19 per cent annual revenue growth over FY15-20 for the organised quick service restaurant (QSR) chains, experts believe the trend is likely to continue and estimate it to grow upwards of 20 per cent on average during FY20-25.

While the overall QSR trend is positive, prospects of Burger King’s key segment burgers and sandwiches are better.

While pizzas and chicken-based products posted a 12-13 per cent growth between FY15-20, burgers and sandwiches grew 19 per cent annually.

Though Burger King started operations later than competitors, it has been expanding aggressively.

During FY17-20, the company tripled its outlets and this pace is expected to continue.

Revenues also doubled over FY18-20. Its Master Franchise Agreement states that it has to roll out 700 outlets by December 2026 from about 270 restaurants now.

Near-term prospects hinge on the progress of the second wave of Covid-19.

A lockdown will dent prospects as 60 per cent of revenues come from the dine-in segment.

The Street is bullish about the long-term growth trajectory, but analysts believe the stock is factoring in the near-term upsides.

Investors could look at it on dips.

Neel Kashkari: From TARP to Coronavirus

FIRE after 50? Yes, you can. Here’s 4 misconceptions about retiring early