Bitcoin’s price has rallied in the weeks leading to its halving event scheduled on May 12. A halving occurs once every four years and previous events took place in 2012 and 2016. The cryptocurrency has risen from a price low of $4,860.35 on March 12, according to Yahoo Finance, soaring in recent weeks. The price of Bitcoin rocketed to $9,244.12 on May 6, according to Coinbase.

And some analysts have suggested the cryptocurrency could be on the verge of a comeback similar to record highs of 2017 following the halving event.

Adam Vettese, a UK Market Analyst for eToro, commented on the rise of the cryptocurrency in recent weeks.

He said: “The Bitcoin network has seen its hash rate, which measures the computational power within the network, rocket back near to all-time highs, according to FX Street.

“The hash rate measures how much computer processing power is being put to work at any one time by the whole of the Bitcoin network, and it always rises and falls in reaction to miners’ contributions to the network. 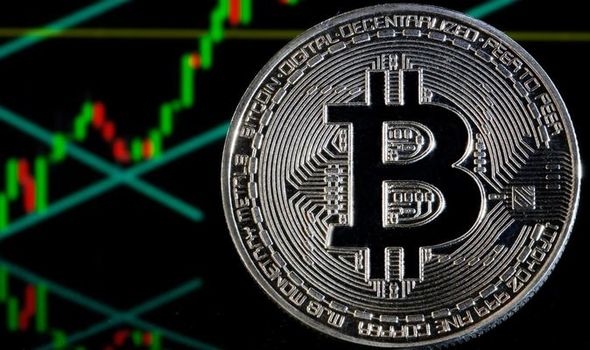 “With the halving event just days away, the network has seen the hash rate climb just below the levels seen in February.”

He added: “The jump comes as Bitcoin and other cryptoassets continue to see prices climb higher.

“Both Bitcoin and Ethereum have rocketed in recent weeks, and Bitcoin is this morning back above the $9,000 mark, while Ethereum is at $205.” 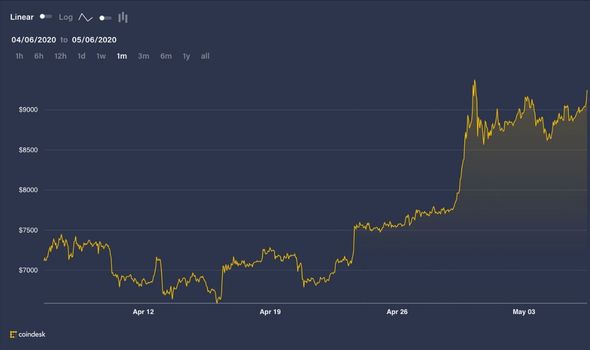 The halving event in just a few days time will see a 50 percent cut in the production of the cryptocurrency.

George McDonaugh, co-founder of crypto and blockchain investment firm KR1, told Bloomberg: “Narratives in the world of blockchain act like the Force in Star Wars- they mysteriously move and shape the market.

“You couldn’t be blamed for getting a little excited about what’s to come.” 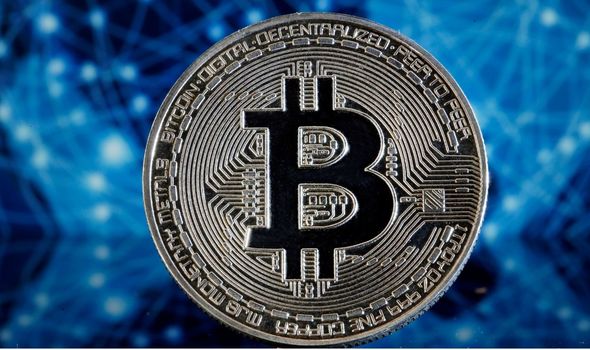 Meanwhile, Antoni Trenchev, co-founder and managing director of crypto-lender Nexo, suggested Bitcoin could reach $50,000 by the end of the year.

He told Bloomberg: “Critics can disparage Bitcoin as much as they like, but it’s by far the best performing asset of the past decade.

“We’re bullish about its future.”

Commenting on the upcoming event, Don Guo, CEO of Broctagon Fintech Group, told Coindesk: “Halving will reduce the amount of Bitcoin’s rewarded to miners, thereby reducing the supply of coins entering the market.

“Not only does halving boost the price as a result of the added scarcity, but the additional media attention and the positive impact this has had on bitcoin prices historically will drive up demand.”

Coindesk had a warning for investors with a note that previous halvings did not always spark immediate increases – referencing 2016 when “halving was followed by a notable price drop”.