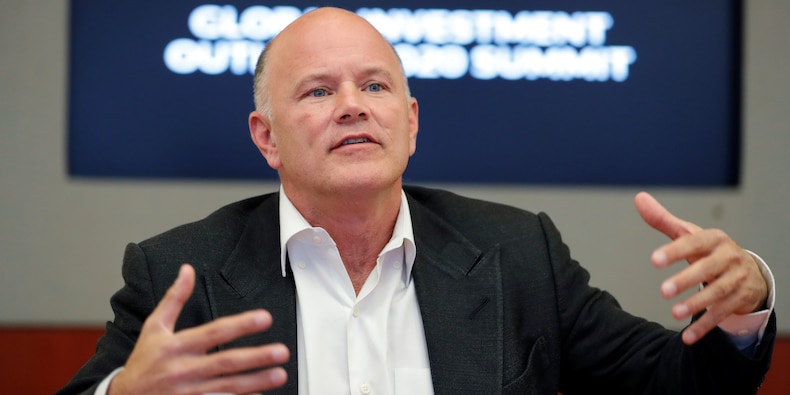 Mike Novogratz said that NFTs could be worn like jewellery one day thanks to augmented and virtual reality.

The billionaire investor gave insight into his thoughts on how NFTs will be displayed in the future on his podcast Next with Novo following a conversation he had with Urs Fischer, a Swiss visual artist in a previous episode. Fischer released his first NFT artwork, a combination of an egg with a BIC lighter, earlier this week. It will be on sale from Sunday.

“I thought, what about that egg floating over my shoulder as I’m walking down the street”, Novogratz said on his podcast. “It’s the only one of its kind and just like people wear jewellery, maybe I’ll wear that egg”, he continued.

Passersby would be able to see it through their augmented reality glasses. Wearing NFTs as jewellery would allow people to show off their unique digital assets in the form of earrings or rings for example, said Novogratz.

NFTs, or non-fungible tokens, are digital artworks that include images, videos or audio that are unique and registered on a blockchain. NFTs have surged in popularity recently, as more artists flock to the digital space and auction houses sell pieces for sky-high prices.

Auction house Christie’s announced on Thursday that it would be presenting a set of nine so-called CryptoPunks, some of the first crypto artwork at an auction next month and were expecting the digital asset to sell for $7 million-$9 million. The auction house was also behind the sale of an NFT by Beeple, which was purchased for a record-breaking $69 million.

Talks of the NFTs being in a bubble have surfaced recently. Bobby Lee, crypto exchange founder, told Insider that bubbles may be developing in some areas of the market.

Novogratz, who is bullish on crypto assets generally, said he believes that NFTs will be displayed in virtual and physical reality, for example “in your little digital man cave” but also on screens in physical spaces.

“None of us really know how far this NFT thing can go”, the billionaire investor said. But he believes that the way reality is experienced will change in the coming years, as different screens and versions of reality come together and interact with each other.

“NFTs are going to be much bigger than everyone thinks they’re gonna be”, he ended.

Fed’s Powell sees US boom ahead, with COVID still a risk

Can disinfectant tunnels actually spray out the virus?