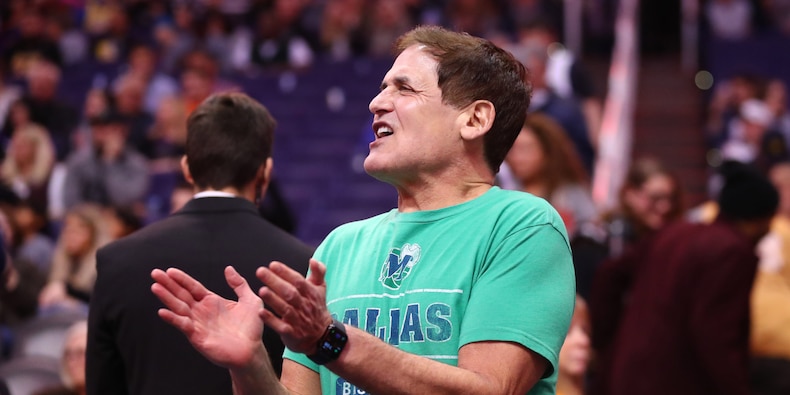 Billionaire investor Mark Cuban has praised the controversial upgrades to the Ethereum network, saying they should make it more eco-friendly and help the system’s applications “dwarf” bitcoin.

Speaking on the Unchained podcast, Dallas Mavericks owner Cuban said the move to a more efficient system will mean “the holdback of the impact on the environment will change immediately.”

“That is going to give some people a reason to use Ethereum as a store of value over bitcoin, right there.” He predicted that Ethereum and 2 or 3 other blockchains will prove to be the “winners” in a few years’ time.

Ethereum developers are planning to make major changes to the network that will limit transaction fees and start to burn coins, which has angered many miners. The developers intend to eventually move the system to a whole new way of verifying transactions, known as proof of stake.

“With proof of stake, you’re going to be able to have… a significantly higher multiple in transactions per second, that’s going to improve the utilization and the opportunities to create on Ethereum,” Cuban told Unchained’s Laura Shin.

The “Shark Tank” star said he was bullish about the Ethereum blockchain because of its numerous uses, including non-fungible tokens and smart contracts, code that can create secure financial agreements without the need for third parties.

“I think the applications leveraging smart contracts and extensions on Ethereum will dwarf bitcoin,” he said. “That doesn’t mean I’m going to sell my Bitcoin. I’m not. But at the same time, let’s just say I own a lot more Ethereums than I do bitcoins.”

The Ethereum blockchain’s native cryptocurrency ether has soared in recent months to more than $2,000, and is up over 1,000% over the last year.

The network has been central to the boom in non-fungible tokens or NFTs, collectible digital assets that cannot be exchanged with one another for equal value, or broken down into smaller bits.

Ethereum developers are planning to make major changes to the network to make it more efficient and predictable. The upgrade to Ethereum 2.0 will see the network more to a “proof of stake” system, which analysts say is quicker and more environmentally friendly, but which is likely to be painful for miners.

Cuban said the changes would add to the appeal of Ethereum relative to the bitcoin blockchain.

“Bitcoin, right now, has evolved to be primarily a store value, and it’s very difficult to use it for anything else,” he said. “You really have to work a lot harder on bitcoin than you do on ethereum.”

He added: “In a few years, I think Ethereum and maybe 2 or 3 other blockchains will have their place, and those will be the winners.”