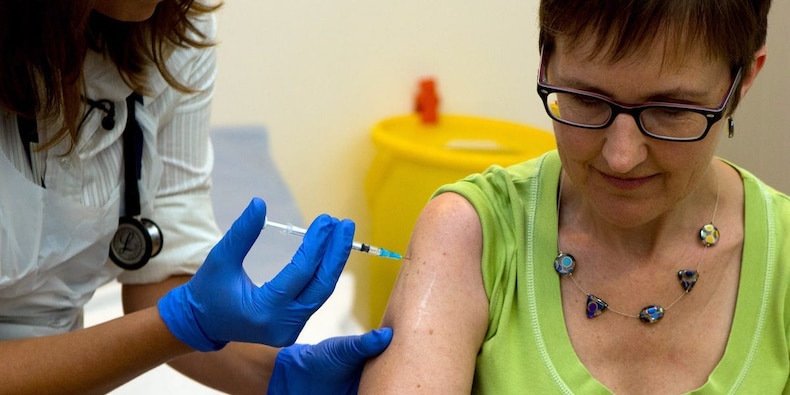 Another batch of encouraging data on the COVID-19 vaccine front was released on Thursday, this time from AstraZeneca.

Shares in the UK-based drug maker gained in early Thursday trades, up as much as 1% following news that its COVID-19 vaccine showed a strong immune response in elderly patients, according to Phase II trial findings published in the Lancet medical journal.

The trial results were part of the University of Oxford’s study on the vaccine.

“This is a very important step, because the big worry with any vaccine is that it doesn’t work so well in older people,” Richard Horton, the Lancet’s editor in chief, told Bloomberg.

Lancet added the data from AstraZeneca is “another brick in the house that we’re trying to build for this vaccine.”

Read More: Time is ticking to secure a Brexit deal. Here are 2 ways JPMorgan’s chief market strategist for Europe says investors should prepare their portfolios ahead of the December deadline.

The Phase II trial involved 560 healthy volunteers, with over 400 trial participants over the age of 56.

Phase III trials are ongoing, and researchers attached to the study expect to release late-stage trial results by Christmas, according to Reuters.

AstraZeneca is still behind Pfizer and Moderna, which have both released Phase III trial results that show an efficacy rate of around 95% for their COVID-19 vaccines.

$62 billion Snowflake's wildly successful IPO is another major victory for CEO Frank Slootman, one of tech's most 'ruthless' and outspoken CEOs