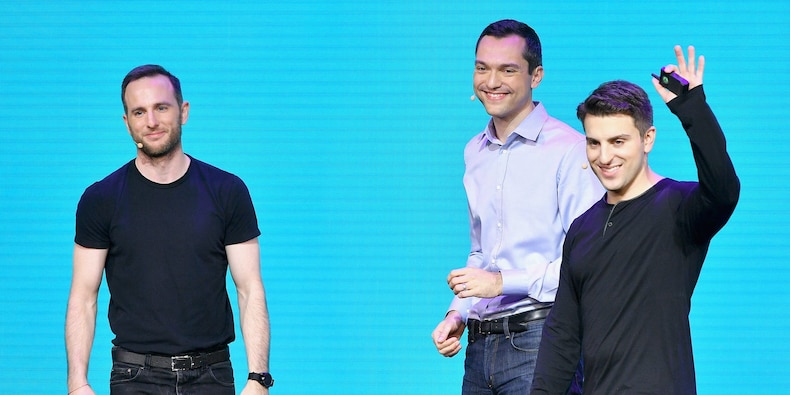 Airbnb soared 115% at the open in its trading debut on Thursday, giving the home sharing service a market valuation of more than $100 billion.

That makes Airbnb more valuable than the seven largest US hotel chains combined, including Marriot, Hilton, and Hyatt. Marriot International is worth $41 billion, Hilton Worldwide is worth $29 billion, and Hyatt is worth $7 billion.

Smaller hotel names Choice Hotels, Wyndham Hotels and Wyndham Destinations are each worth $5 billion. Extended Stay is worth just under $3 billion.

Airbnb priced its IPO at $68 per share, raising $3.5 billion in proceeds at a valuation of $47 billion. That’s in stark contrast to the company’s last fundraising round as a private company in April, when the firm raised $1 billion at a valuation of $18 billion.

Read more: We spoke with Wall Street’s 9 best-performing fund managers of 2020 to learn how they crushed the chaotic market – and compile the biggest bets they’re making for 2021

The company was valued as high as $31 billion in a 2017 private funding round. The steep cut to Airbnb’s valuation in April came amid a global pandemic that temporarily sidelined much of its business as stay-at-home orders swept across the country.

But the company bounced back quickly as travelers wanted little interaction with people during their travels and flocked to private residences on Airbnb over hotel stays that required interactions with workers and other tourists.

The IPO frenzy of 2020 hasn’t been limited to just Airbnb. On Wednesday, DoorDash and C3.ai posted substantial gains of 86% and 174% respectively. And in September, Snowflake completed the largest software technology IPO in history and has been on a tear since its debut.

Read more: Cathie Wood is beating 99% of fund managers this year. The ARK CEO and her team share their outlooks for 2021 – including thoughts on Tesla’s $5 billion stock sale, the Salesforce-Slack tie-up, and bitcoin’s meteoric rise.