Unlike the dog-eared, beaten-down tomes inhabiting the bookshelves of a home, coffee table books are a more refined species.

They have license over the prime tabletop real estate, and are typically used as both an accent piece, a personal thesis statement, and entertainment for guests patiently waiting for their host to emerge from some other room.

Coffee table books have the visibility, exclusivity, and freedom to be mostly full of beautiful, mesmerizing photos. Below are 27 of the very best ones that work as host or hostess gifts, holiday gifts, or treat-yourself gifts to yourself.

"Art of Feminism: Images that Shaped the Fight for Equality, 1857-2017" by Helena Reckitt 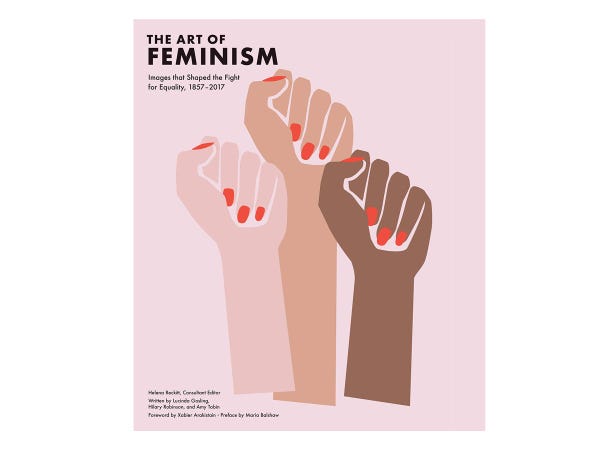 A volume of key feminist artwork and text that helped define and propel the fight for equality spanning more than a century and a half of United States history, "Art of Feminism" covers everyone from Judy Chicago and Carrie Mae Weems to Sethembile Msezane and Andrea Bowers. 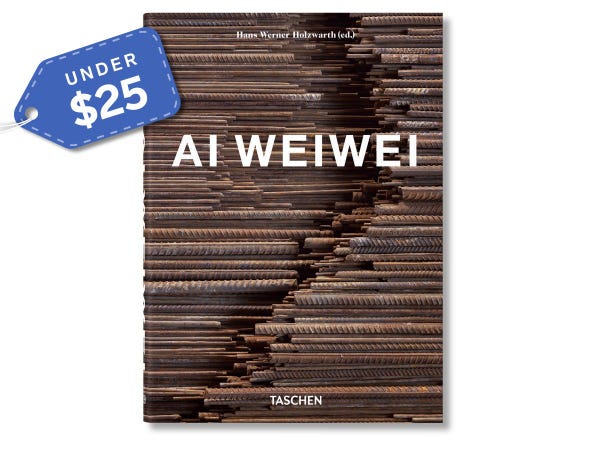 Exploring each period of Ai Weiwei's work leading up to his release from custody, this is the almost definitive catalog of his works.

"Among Others: Blackness at MoMA" by Darby English 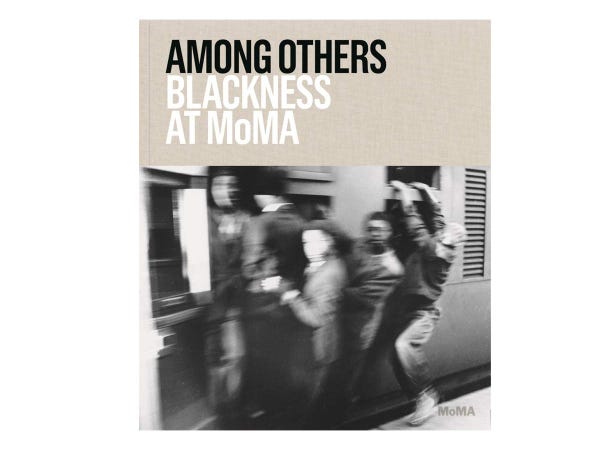 The Museum of Modern Art is among the first to admit that its uneven relationship with Black artists, and "Among Others" is a reflection, and an investigation, confronting that truth through essays and some of the best artwork ever produced. 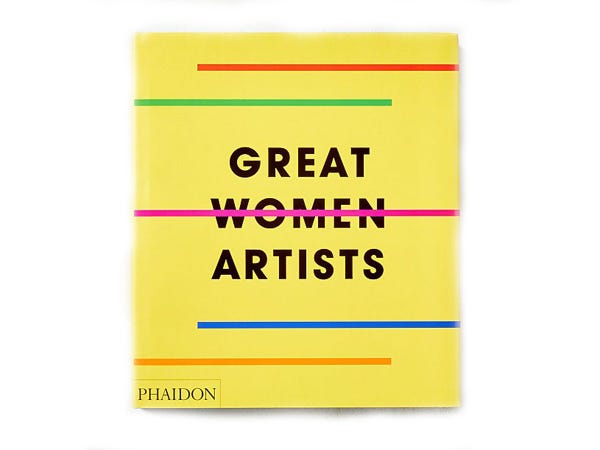 Great Women Artists offers a definitive collection of more than 400 compelling works spanning half a millennium of art by some of history's most overlooked titans of all media of art, from the canvas to the lens. Another book for any and every coffee table or bookshelf. 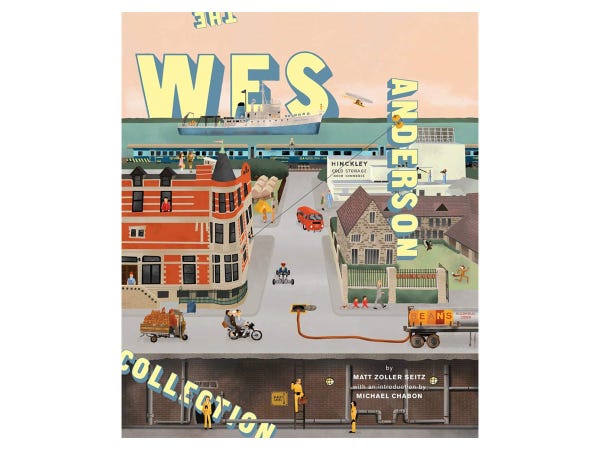 A fun, whimsical book to brighten up any day or collection, but something the cinema nut on your list probably shouldn't go another year without.

"Contact High, A Visual History of Hop-Hop" by Vikki Tobak 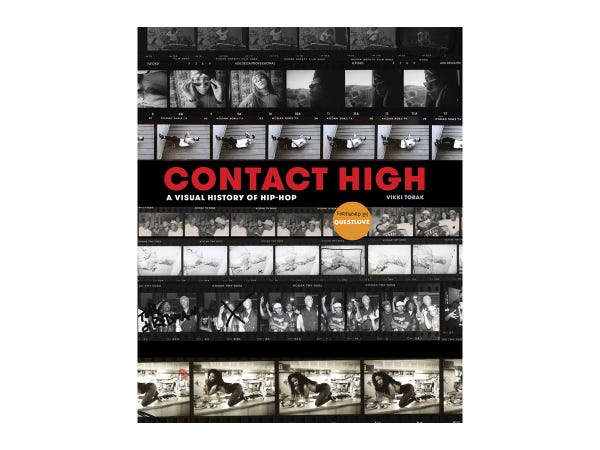 Shining a spotlight not only on the greats of the genre of hip-hop but those who photographed them, "Contact High" is a chronological feature of nearly forty years of hip hop history told through contact sheets and an imperative presence on the coffee table or bookshelf of every pop-music fanatic. 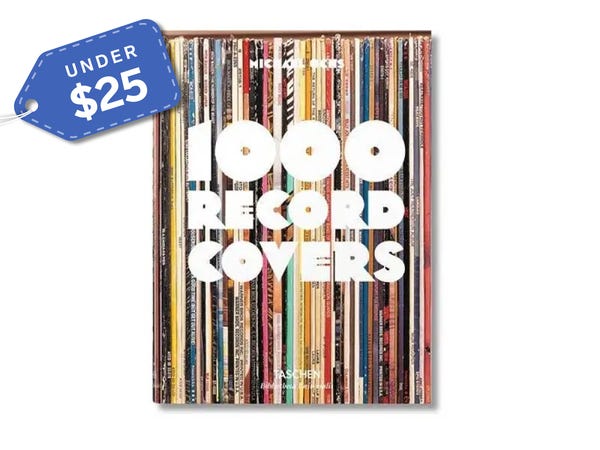 Record covers are a unique time capsule of our life and times, and this coffee table book curates 1,000 that address such topics as love, life, death, fashion, and rebellion — serving as a symbol for particular times in our own lives, as well as in our collective history. 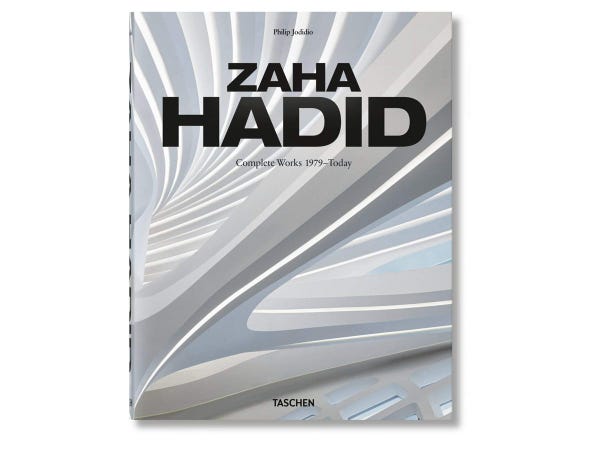 They said her visions and designs were possible to build, but they were wrong. Later in her life, Hadid's works came to life. From the Port House in Antwerp to an airport terminal in Beijing, here's an immortal collection to prove her critics wrong. 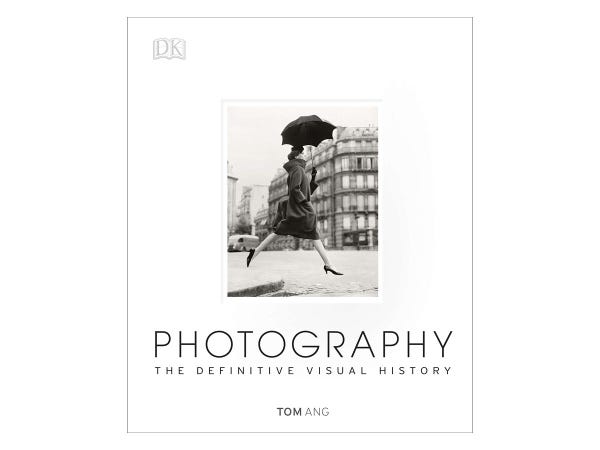 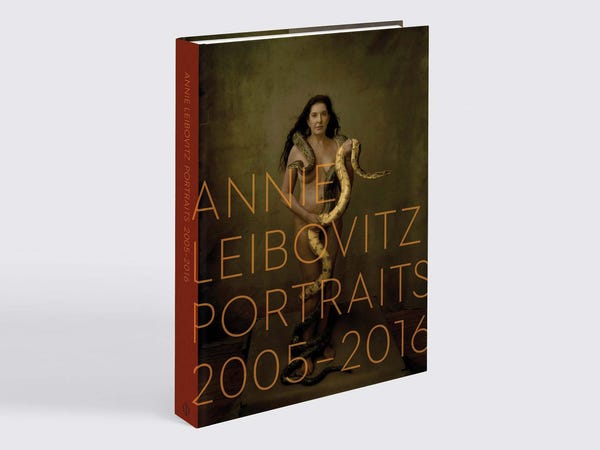 Leibovitz is one of the most influential photographers of our time and has covered some of the most recognizable and distinguished figures of the contemporary age. Here we are treated to a compilation of Leibovitz's portraits from 2005 – 2016 (a follow-up to "Annie Leibovitz: Photographs, 1970-1990") that carry her characteristic wit, style, and ability to humanize her subjects. 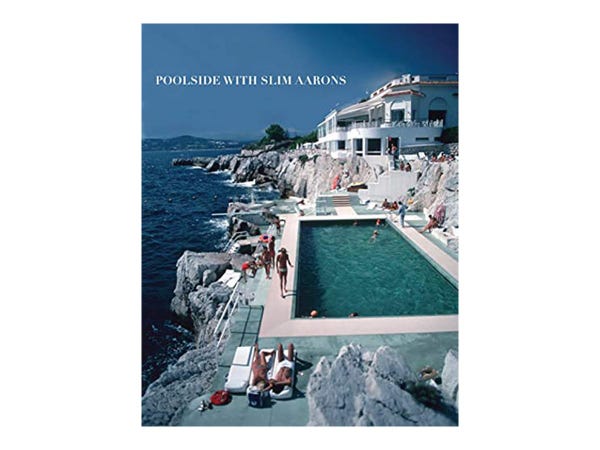 Slim Aarons is the ultimate photographer when it comes to documenting the lives of glitterati, and where better to snoop on this walk of life than the pool? From brunches to cocktail parties, "Poolside with Slim Aarons" features the who's who of the celebrity world, sure, but front and center throughout are some of the most gloriously sculpted and positioned pools on the face of the earth. 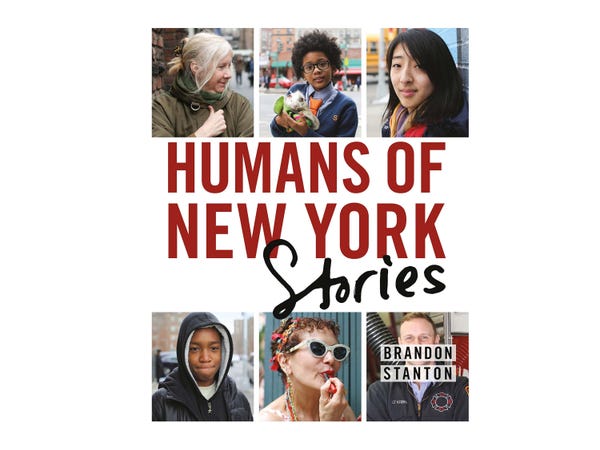 Brandon Stanton's "Humans of New York" series is one of the most powerful photographic campaigns to be conducted in the 21st century, leveraging the intimacy of random human-to-human connection and the powerful community of social media. Stanton's 2015 #1 New York Times bestseller is a collection of his intriguing photographs and the stories that accompanied them, altogether creating a slice-of-life summary of the pain and joy of living.

"Panda Love: The Secret Lives of Pandas" by Ami Vitale 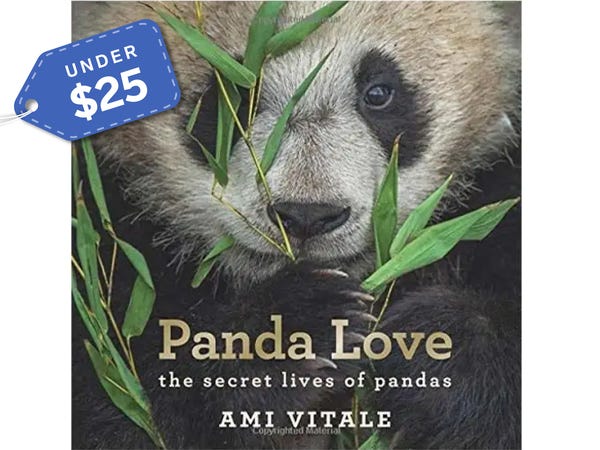 Vitale is an American photojournalist and documentary filmmaker. Her first book, "Panda Love," is an intimate portrait of China's giant pandas: tumbling out of baskets, playing hide and seek with caregivers, and exploring forests and preserves. The images are a sweet, tangible side of conservation, and a unique gift thanks to Vitale's unprecedented access.

"Living in the Desert" by Phaidon 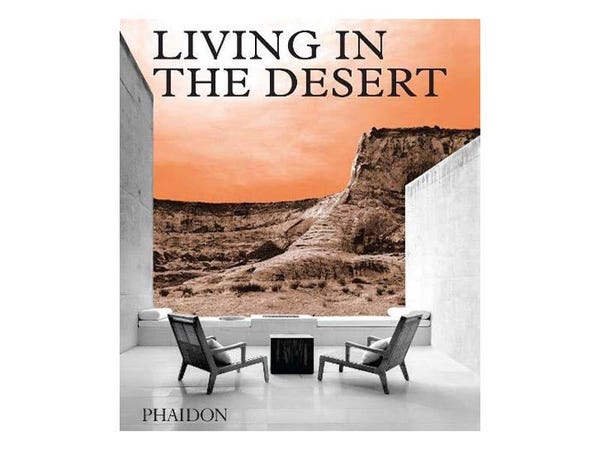 This book is deeply satisfying for anyone interested in architecture, the desert, or contemporary homes. It showcases unique residences across the US, Europe, Asia, Australia, and beyond, illustrating the ways in which they interact with the sensitive, arid desert land. Picture blue water, long-fingered shadows of Yucca leaves at midday, and low homes disappearing into the red dirt. 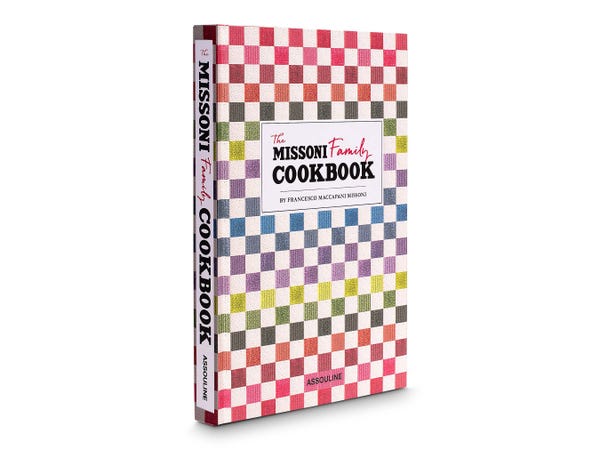 The Missoni family is best known for its bright knitwear, but it's also known for entertaining, including hosting well-coveted Fashion Week dinner parties. This aptly colorful cookbook is curated by Francesco Maccapani Missoni, son of Angela Missoni, and details the family's favorite delicious recipes. It's the perfect mix of fashion and food.

"What If?: Serious Scientific Answers to Absurd Hypothetical Questions" by Randall Munroe 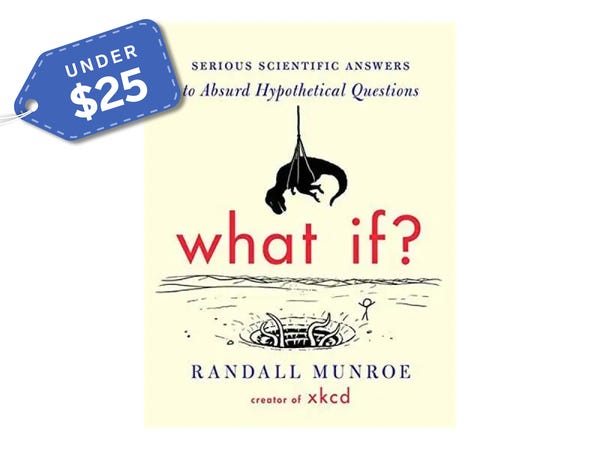 "What If?: Serious Scientific Answers to Absurd Hypothetical Questions," available at Amazon, $15.81

From the creator of a hugely popular webcomic dealing with science, technology, language, and love comes hilarious and informative answers to questions you probably never thought to ask: "How fast can you hit a speed bump while driving and live?" or "If there was a robot apocalypse, how long would humanity last?"

"Born to Ice" by Paul Nicklen 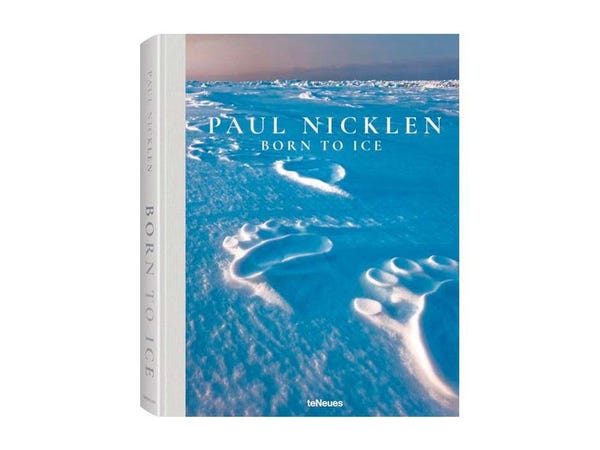 Paul Nicklen is an acclaimed Canadian photographer, film-maker, marine biologist, and conservationist known especially for his work in and deep understanding of the Polar Regions. He's a frequent contributor to National Geographic and has won the BBC Wildlife Photographer award of the year as well as the prestigious World Press Photo award for photojournalism.

Nicklen's photos reflect a reverence for creatures — human and animal — in isolated or endangered environments, and "Born to Ice" combines Nicklen's favorite photos of a decades-long career into one powerful, remarkable book. 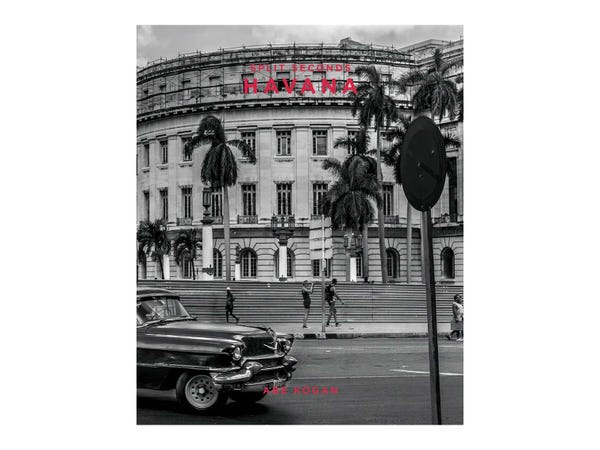 In 2015, before American travel bans loosened dramatically, Abe Kogan immortalized an isolated island on the brink of change. In place of postcard pictures of tropical beaches, Kogan depicts the real Havana, Cuba through black-and-white photos of Habaneros' everyday life — neighbors gossiping over balconies and leaning in the doorways of once-glorious buildings that have fallen into ruin. Kogan's "Split Seconds" manages to create a sense of permanence and portension. 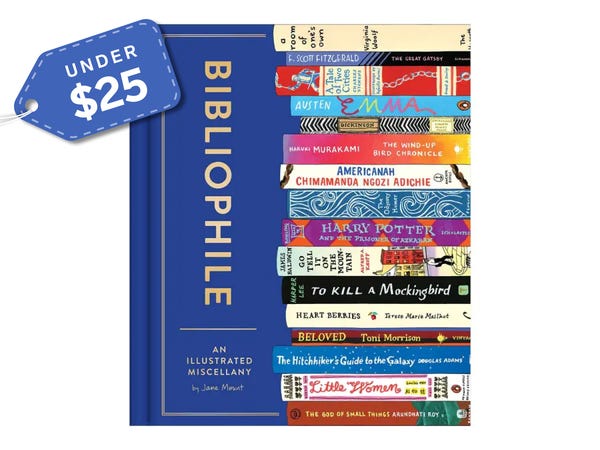 Jane Mount is an illustrator best known for the colorful book spines of notable works. "Bibliophile" is Mount's love letter to all things bookish, including tours of the world's best bookstores, quizzes to test book knowledge, and samplings of famous fictional meals — all illustrated in Mount's characteristically fun, bright style.

"Of Love & War" by Lynsey Addario 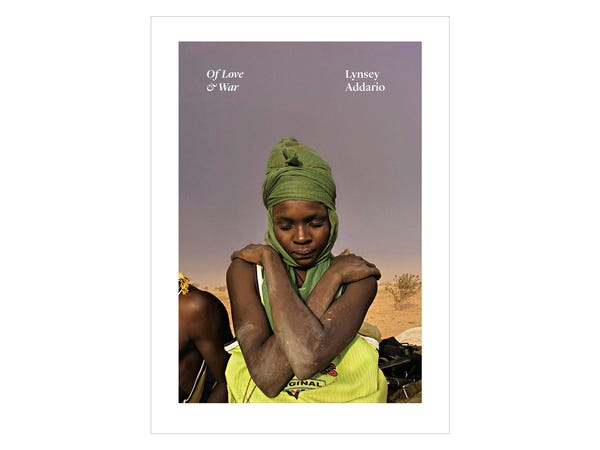 Addario is a Pulitzer Prize-winning photojournalist, MacArthur Fellow, and New York Times best-selling author. "Of Love & War" is a compelling collection of more than 200 photographs taken while covering the world's most urgent humanitarian and human rights crises of the last two decades depicting chaos, beauty, and conflict. 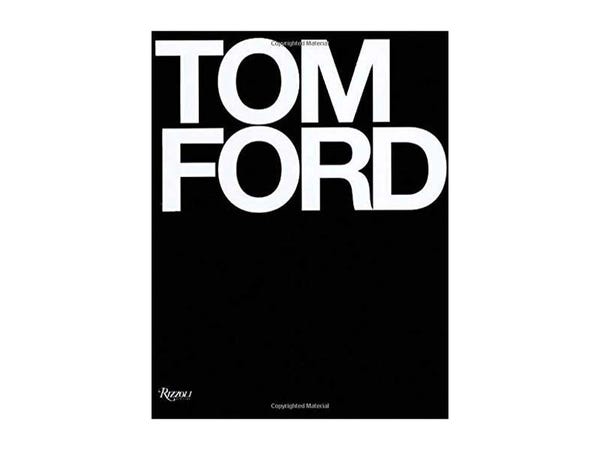 Tom Ford is one of fashion's greatest living icons. He's the man whose designs ushered in Gucci's stunning revitalization, increasing its sales tenfold. "Tom Ford" is a complete catalog of Ford's design work for both Gucci and Yves Saint Laurent from 1994 to 2004, detailing his dance with sensuality and style.

"Writers and Their Cats" by Alison Nastasi 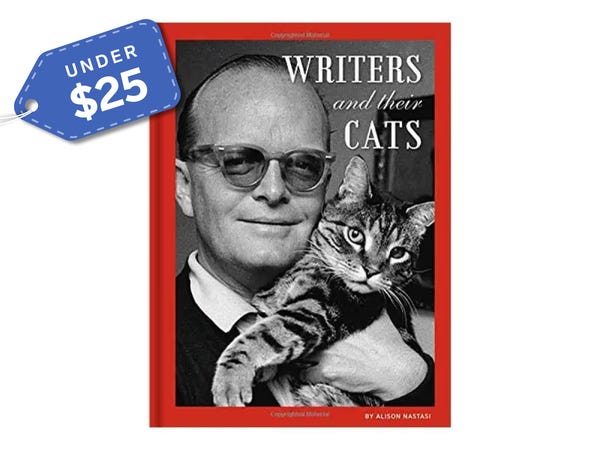 Gloria Steinem called cats "a writer's most logical and agreeable companion" — and as a consequence, the six-toed descendants of Ernest Hemingway's cat still prowl his past home and museum in Florida. This book celebrates the 45 great authors who have loved cats, including Mark Twain, Alice Walker, and Haruki Murakami.

"Stanley Kubrick Photographs: Through a Different Lens" by Luc Sante 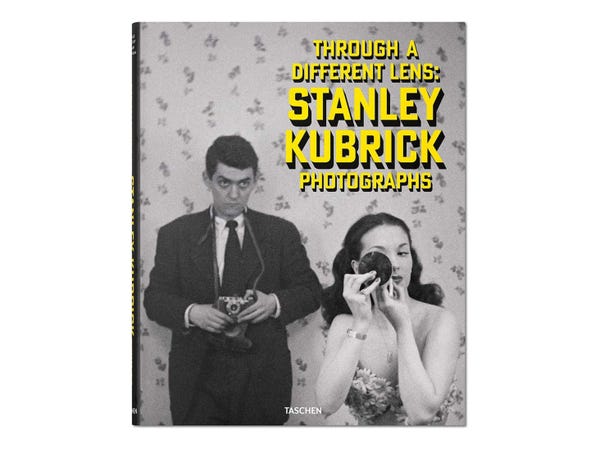 "Stanley Kubrick Photographs: Through a Different Lens," available at Amazon, $70

Before using his unique perspective to create film classics like "The Shining," Stanley Kubrick was working as a photographer for Look magazine. "Through a Different Lens" is curated by noted photography critic Luc Sante, and encapsulates Kubrick's burgeoning creative genius through a "different lens" before meeting its famous catalyst in cinema. 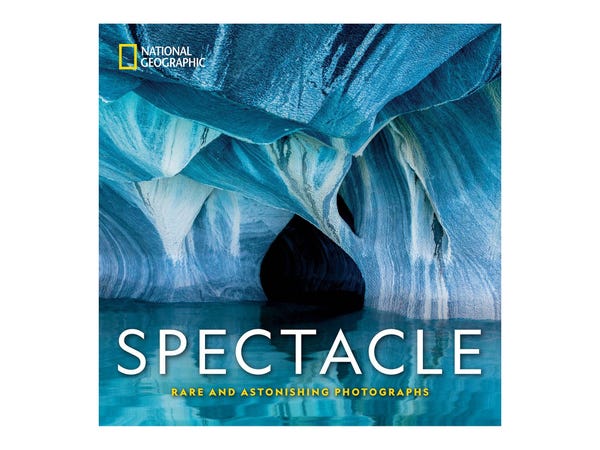 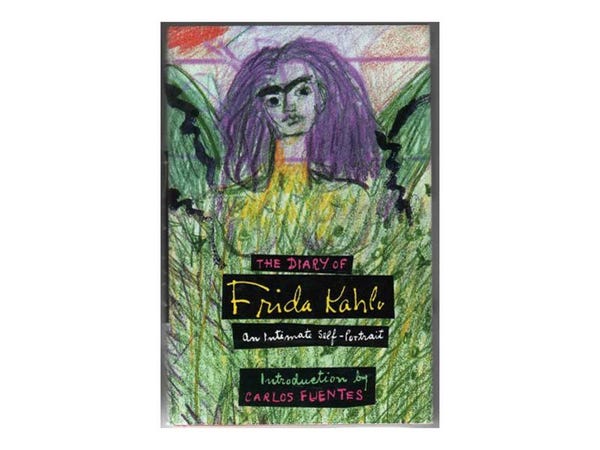 "The Diary of Frida Kahlo: An Intimate Self-Portrait," available at Barnes & Noble, $26.99

"The Diary of Friday Kahlo" is a copy of the artist's journal, which she kept during the last 10 years of her life. Along with 70 watercolor illustrations are Kahlo's poems, personal thoughts, and dreams. It's an especially thoughtful gift for feminists and art aficionados. 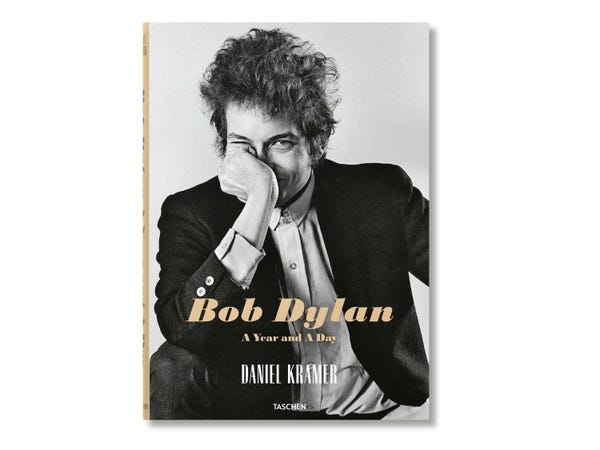 "Daniel Kramer: Bob Dylan, A Year and a Day," available at Amazon, $70

Kramer's 2018 Bob Dylan portfolio focuses on the artist's "big bang" year of 1964-65, of which Kramer spent one year and a day alongside Dylan, documenting with extraordinary access Dylan's tour, concerts, and backstage life. 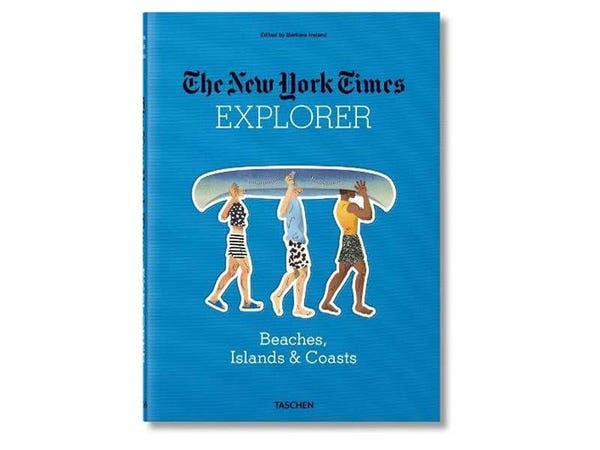