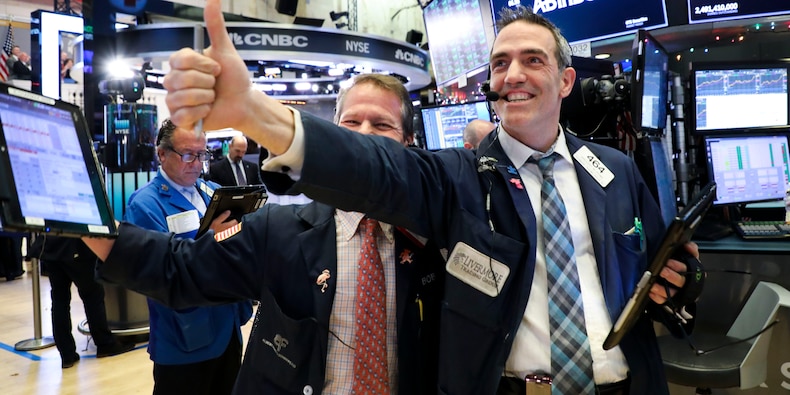 Welcome to 10 Things Before the Opening Bell. Sign up here to get this email in your inbox every morning.

Sign up for Insider Investing for your weekly markets analysis.

1. US futures point higher after Thursday’s sell-off. See what markets are doing today.

3. Nine LBO modeling tests later, even a monkey could get hired at KKR (…okay, not really). From Wall Street Oasis, get the skills needed to break into Private Equity (recruiting kicks off soon)…

5. Keith Gill told Congress he’d still buy GameStop stock at its current price. The investor said his strategy is “rather aggressive” and his position is “based on the fundamentals.”

6. Earnings coming in. Hermès, RBS, and Danone are highlights.

8. Goldman Sachs is monitoring stocks that will get a big boost from further stimulus. The firm says to buy these 21 stocks now ahead of that development.

9. Speculation is swirling around Lucid Motors going public via SPAC merger. These 9 investors are set for a huge windfall as shares of the SPAC Churchill Capital Corp. IV skyrocket.

10. Low interest rates are making substantial returns harder to come by. A strategist at a $903 billion firm shares 3 income-generating investing ideas – including one already yielding 5%.

Rockefeller Capital is buying a $1.4 billion Chicago wealth firm as it eyes more deals in a cross-country push